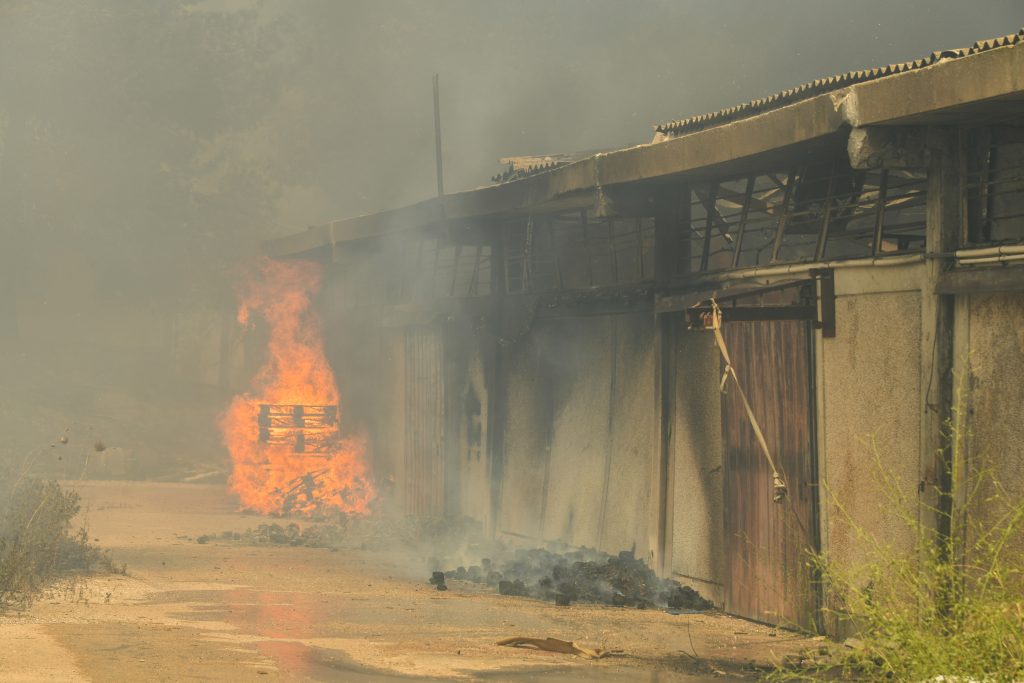 A major fire in Moshav Ora, outside Yerushalayim, consumed numerous mobile structures (caravanim) in an early morning blaze Tuesday – including a structure that housed a synagogue and a kollel. The building is used by workers in the area for Minchah and Maariv, and thus contained siddurim and sifrei kodesh, some of which were saved.

Ten firefighting crews were called in to handle the blaze in the moshav’s commercial zone. The fire spread rapidly, with a number of structures used as warehouses going up in flames as well. A number of homes were evacuated as well. By mid-morning, the fire had been brought under control, although smaller blazes were still burning in some of the warehouses.

Investigators have begun searching for clues as to what the cause of the fire might have been. Given the early hour when the fire started and the fact that it was not hot outside at the time, officials are not ruling out arson as the cause, they said.