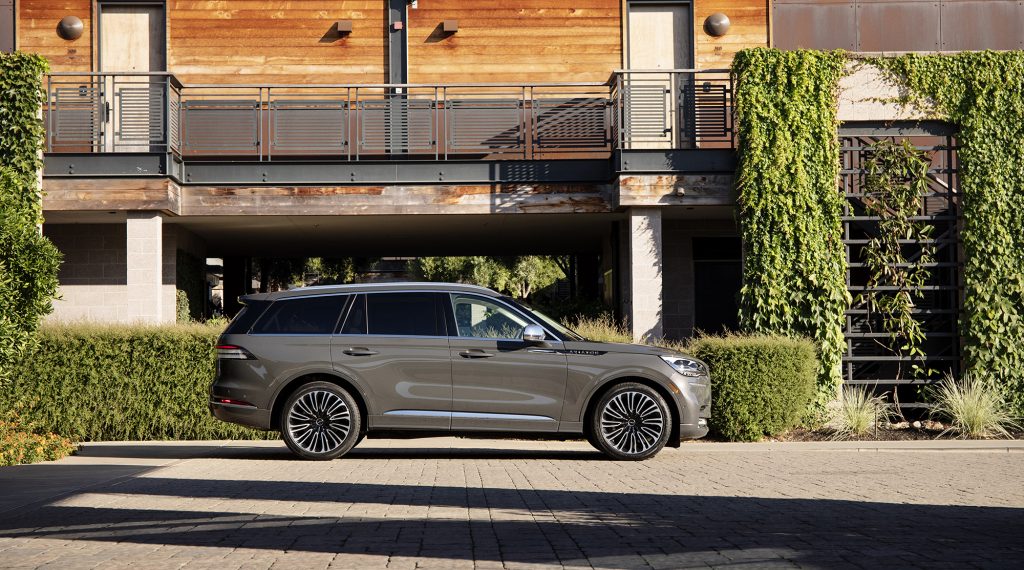 Another year is in the books for the Woodward Dream Cruise, the Motor City’s cavalcade of automotive nostalgia, and it was a glorious indulgence of 1940-1970 muscle cars and land-yacht nostalgia.

For American muscle, the nostalgia is sweet because Detroit continues to lead into the 21st century with updated versions of the Corvette, Camaro, Challenger and Mustang.

But land yachts have always left me wistful because U.S. luxury makers surrendered their crowns decades ago. Cadillac Brougham tail fins no longer slice through downtown traffic. Oldsmobile Ninety-Eights the length of oil tankers are gone. Huge Chrysler New Yorkers have sailed into the sunset. The boulevards today are ruled by sleek, athletic Germans.

But I’m happy to report there is hope.

The Lincoln Aviator SUV is here and is a welcome throwback to the future. Aviator is an unabashed embrace of all that once made American luxury great: design, size, power and comfort, updated for the 21st century.

Aviator leads an army of real names. Gone is the German-like alphabet soup of MKC, MKX, MILK (OK, I made that last one up). They’ve been replaced by proper names like Navigator, Nautilus and Corsair.

Turbo-4s are for politically correct Euro-utes. The new Aviator swaggers into your rearview mirror with a standard 400-horsepower (best in class) twin-turbo V-6, and a rear-wheel drive based chassis, gaping chrome grille and an interior quieter than a public library and more wooded than an Upper Peninsula forest.

Where 1940s Lincoln Continental Cabriolets lowered a massive 292-cube V-12 into their engine room, the Aviator boasts a range-topping, twin-turbo V-6-powered Grand Touring model mated to an electric motor generating a stump-pulling 630 pound-feet of torque. Post-war luxury owners wanted a big V-8 to drag home the bear strapped to their rooftop. Today’s 21st-century scion is more woke — they want to bag the bear and save the planet.

So Lincoln gives ’em power with a conscience. I got 22.1 mpg in the hybrid versus 18.7 mpg in the standard V-8. Drive like there’s an eggshell on the accelerator and you can do 20 miles on the battery alone. But make no mistake, this hybrid is no pious Prius.

With its massive torque, the Grand Touring model came out of stoplights like a steam locomotive. Indeed, the hybrid’s general character differed little from its standard little brother, except that it sucked the world’s oil reserves through a smaller straw.

Flying low through the California wilderness, Aviator struck fear in slower traffic just like the chrome-caked grilles of Motor City yore. Of course, this being a Ford product, the grille these days looks more Bentley than Continental Cabriolet. Blue Oval designers have fallen in love with Brit designs of late. Fusions look like Astons, Mustangs like Mondeos, Explorers like Range Rovers — but it could be worse; they could look like a Lexus.

Besides, Lincoln is trying to inspire brand cred, so borrowing from gold-standard Bentley is shrewd.

Design is just one part of a long journey by Lincoln that has culminated in the Aviator. Like the brand-redefining Acura RDX that was the spawn of the Acura NSX supercar and two design concepts, the Aviator is the most important Lincoln this century. On its back it carries the hopes of a new Lincoln generation.

I like to call it “Baby Navigator” because the similarities to Lincoln’s flagship are unmistakable: bling-tastic grille, tablet infotainment screen, luxurious graphics.

But the significance of Aviator is more than skin deep.

Along with the Ford Explorer, Aviator debuts a state-of-the-art rear-wheel drive based architecture. The platform allowed Explorer to introduce the apex-carving ST model that I raved about in July. But Lincoln chief engineer John Davis makes clear that Aviator was the impetus for the new platform.

The longitudinal engine layout takes Lincoln back to its rear-wheel drive glory days when land yacht sedans ruled Woodward. This being the 21st century, of course, SUVs are the new land yachts. But rear-wheel drive brings luxury cred — just ask European hits like BMW and Rover.

Next to Bentley, Range Rover is Lincoln’s (and just about everybody else’s) favorite Brit with its saucy proportions, short front overhangs and loooooong roofline. The Aviator (and Navigator) has been to Rover school and has the sculpted body to prove it.

But unlike the truck-based Navigator, the Aviator sits on a more athletic unibody made of aluminum and high-strength steel. It’s not as athletic as the lighter, tighter Cadillac XT6 I recently flogged — but the Aviator is a far more comprehensive vehicle. I love the Cadillac’s design and handling, but it’s just another ute in Caddy’s lineup. The Aviator is Lincoln’s masterpiece.

The Cadillac raids the GMC/Chevy toolbox for the workhorse 310-horse, 3.5-liter V-6. The Aviator starts with the aforementioned 400-horse twin-turbo V-6, and then goes to a different level with a hybrid asphalt pounder.

Inside, Aviator brings in the Vanderbilt’s interior designers.

Ditching the old Lincoln’s nice-if-dated vertical dash, Aviator’s horizontal interior has more layers than a wedding cake. Acres of wood laid over stitched leather are set off by delicious color combos like mocha and ebony.

Class-leading 30-way adjustable thrones will massage you to jelly. Second-row seats are hardly second-class with their own climate screen and available console island. Roomy third-row seats are accessed as easily as pulling a tab, and — with the rear rows folded — you can gaze up at the stars through the yawning panoramic roof.

Which reminds me of my biggest Aviator complaint, the lack of a wow standard feature. The panoramic roof isn’t standard. Why not? It is on a $38,000 Acura RDX. Lincoln’s answer is, you have to climb the price ladder to $60,000 before Audi or Volvo will offer you a 300-horse engine option.

Lincoln has its own personality again. Open the driver’s door and the Detroit Symphony Orchestra welcomes you with a chime. Dealers provide red carpet, door-to-door service.

Will it work? Stay tuned. For this year’s Dream Cruise, the 1993 Lincoln Mark VIII coupe qualified for its antique plates. When it debuted that year, the Mark VIII claimed dramatic proportions and a daring, wraparound interior. It died five years later.

Now comes Aviator. It’s not a coupe. It’s a three-row ute aimed at the meat of the market. Motor City luxury is back.