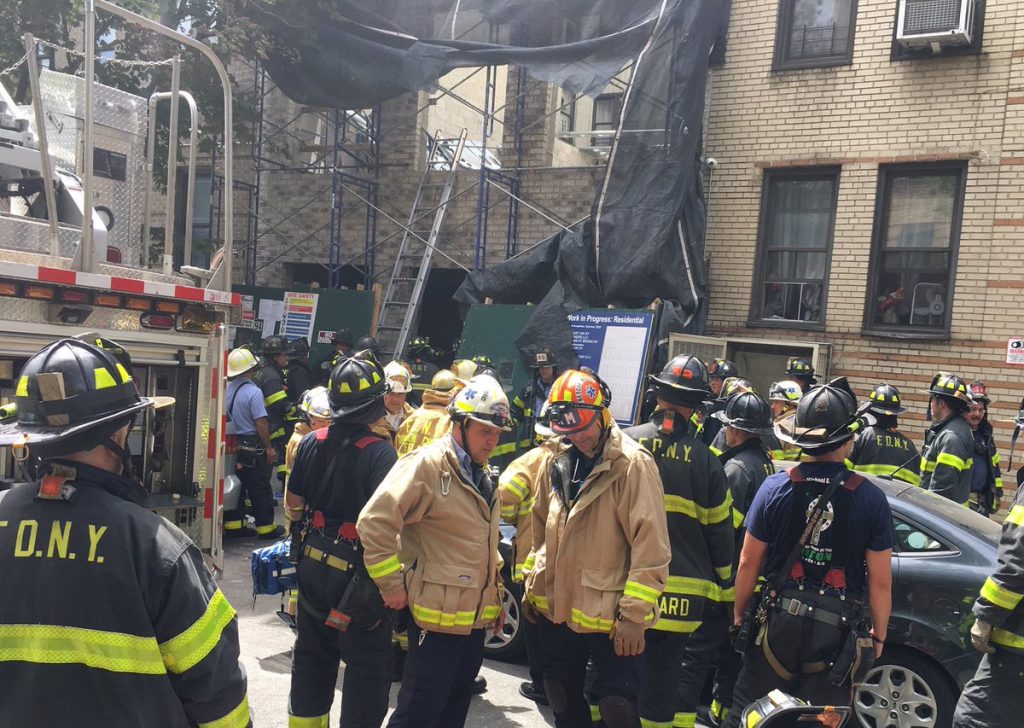 One person was killed and five people were injured, two of them seriously, when a building under construction collapsed around noontime at 92 East 208 Street in the Norwood section of the Bronx.

FDNY responding to the collapse of the four-story building reported that one person was trapped, and they for an hour they worked on extricating him. Another person succumbed to his injuries before they were able to remove him from the building.

“It appears they were working on the second floor… and they were trapped from the third floor to the second floor,” FDNY Chief of Special Operations John Esposito said at the scene. “The firefighters had to put up ladders to access the second floor. There was a lot of rubble and broken concrete blocks, a lot of building material that covered the area and we had to dig through it to find the missing worker.

Chief Esposito explained there was serious concerns for the FDNY members on scene. “We were concerned about the second floor collapsing into the first floor during our operation, Esposito said. “We were able to build shores and put struts in there to support that load to make it safe for the rescue efforts.”

Mayor Bill DeBlasio and FDNY asked that while they are finishing up its operations in the area and conducting their investigation together with the NYC Department of Buildings, the public should avoid the area keep it clear.

Bronx Borough President Rubin Diaz sent his condolences to the families, and stated that his office is in touch with responding agencies.