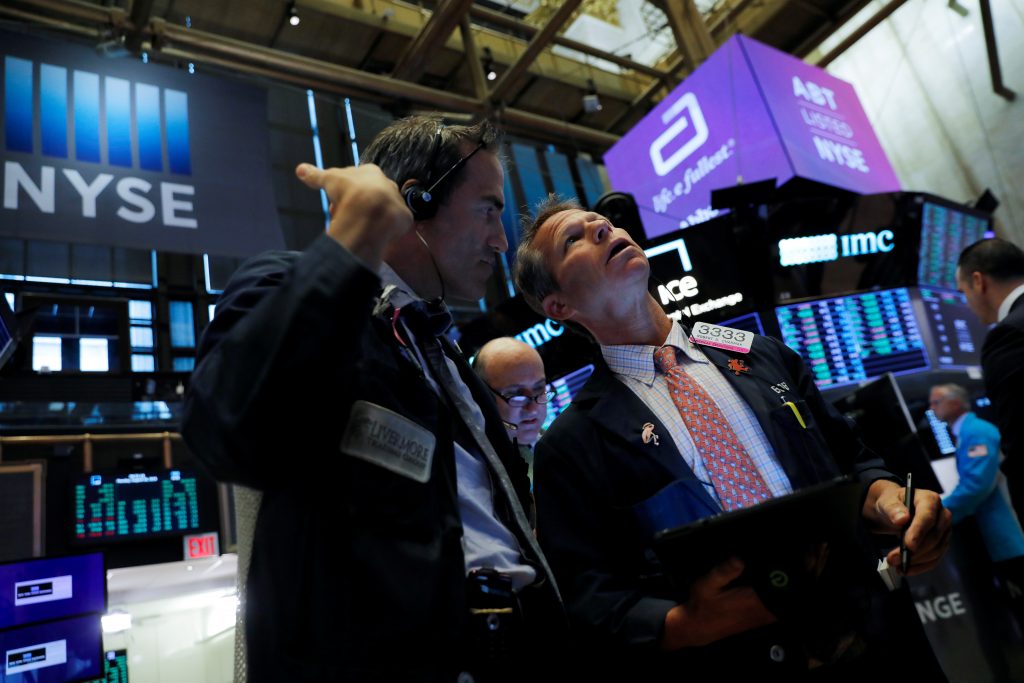 Stocks marched broadly higher on Wall Street in midday trading Monday after President Donald Trump claimed China was willing to reopen talks on the costly trade war that has roiled markets and dimmed the outlook for global economic growth.

Uncertainty remained high, however, about the next developments in the trade dispute, which has repeatedly seen the sides attempt to negotiate before ending in acrimony and more tariffs and trade penalties.

Big technology companies, which do a lot of business in China and have much riding on the outcome of the trade dispute, rose the most. Apple climbed 1.7%.

Health-care and communications services stocks also contributed to the gains as the market clawed back some of its heavy losses from last week, which marked its fourth straight weekly loss. On Friday, the Dow Jones Industrial Average plunged more than 600 points after Washington and Beijing threatened a new round of tariffs on each other’s goods.

The escalation in the trade conflict had global markets headed for another sell-off until PresidentTrump said his trade negotiators had received two “very good calls” from China on Sunday. China’s foreign ministry replied, however, that it didn’t know what Trump was talking about.

“It always seems that Trump, after he does something to freak the market out or escalate this trade war, he tries to dial it back to some degree,” said Brad Bernstein, senior portfolio manager at UBS Wealth Management USA. “As an investor, you just have to know there’s a lot of uncertainty and there is no clarity in the short term right now.”

Energy services company TechnipFMC led the gainers in the S&P 500, climbing 5.2%. Gap fell the most, sliding 2.8%.

Stock markets have been volatile this summer as traders have been whipsawed by the turns in the trade war between the world’s biggest economies.

The conflict escalated once again on Friday after China announced new tariffs on $75 billion in U.S. goods. Trump responded angrily on Twitter, at one point saying he “hereby ordered” U.S. companies with operations in China to consider moving them to other countries, including the U.S.

Trump also later announced that the U.S. would increase existing tariffs on $250 billion in Chinese goods to 30% from 25%, and that new tariffs on another $300 billion of imports would be 15% instead of 10%.

“Nobody understands where the president is coming from,” he said, adding that the best thing Trump can do for market stability is to “keep quiet.”

The market is now dominated by fears of a portending U.S. recession, although the American economy is actually holding up, and much of the U.S. economy is made up of consumption, Innes said. If interest rates come down, he added, consumer spending is likely to go up, working as a buffer for the economy.

A quarter-point rate cut in September is considered all but certain. Some think the Fed will cut rates again in December.

Meanwhile, China allowed its currency, the yuan, to fall further on Monday. That effectively helps its exporters, negating some of the effects of higher U.S. tariffs.

Economists say that the unpredictability of the trade dispute is at least as damaging as the tariffs themselves, affecting the decisions of central banks and companies as they plan investments.

“There’s no doubt that this current escalation increases the risk for our economy and the global economy,” Bernstein said. “Despite all this, we still believe we won’t have a recession next year.”