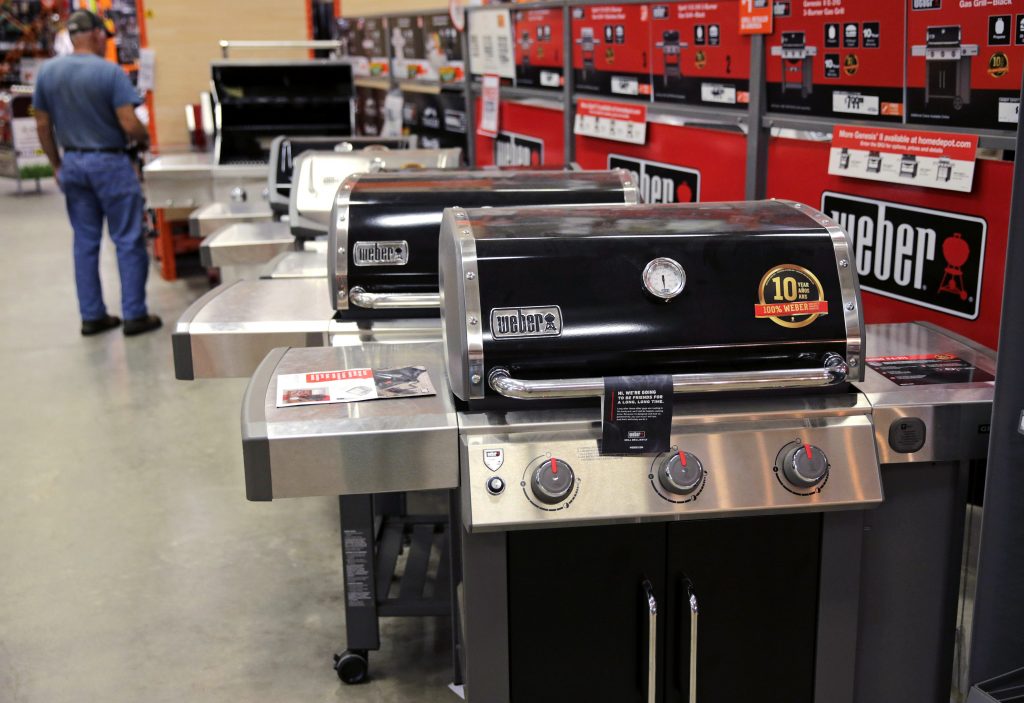 Orders for durable goods — items meant to last at least three years — rose 2.1%, the Commerce Department said Monday. That follows a 1.8% gain in June, which helped to offset significant declines in May and April.

A category that serves as a proxy for business investment rose 0.4%, but last month’s gain of 1.9% was revised down to 0.9%. Economists are concerned about a slowdown in business investment orders because it could imply that companies are getting hit by an escalation in trade disputes, particularly with China.

The U.S.-China trade dispute ratcheted up again on Friday, when China announced new tariffs on $75 billion of U.S. products, deepening a conflict over trade and technology that some economists worry could tip a fragile global economy into recession.

U.S. manufacturers are facing numerous challenges, most significantly the trade showdown begun by President Donald Trump. Trump is trying to pressure China and other nations to open their markets to more U.S. exports, but his proposed tariffs on foreign goods has prompted other countries to levy retaliatory tariffs on U.S. products.

In a report two weeks ago, the Federal Reserve said U.S. industrial production fell 0.2% in July, another troubling sign for the economy.

The Fed said that the overall decline was caused primarily by a 0.4% drop last month in manufacturing production. Output decreased for autos, fabricated metals, wood products, textiles and plastics and rubber products. Over the past 12 months, factory production has fallen 0.5%.

Earlier this month, Institute for Supply Management said U.S. factory activity expanded at a slower rate in July for the fourth consecutive month. Even though it was the 35th straight month of growth, the expansion is slowing as measures of production and employment fall.

Although President Trump said Monday that the U.S. and China will talk “very seriously” about their war over trade and technology, disputes with China, Europe and Mexico have hurt U.S. exports and put American manufacturers on edge.

Orders for transportation equipment powered the overall gain, rising 7%, its strongest month in almost a year. Orders for motor vehicles and parts rose 0.5%.