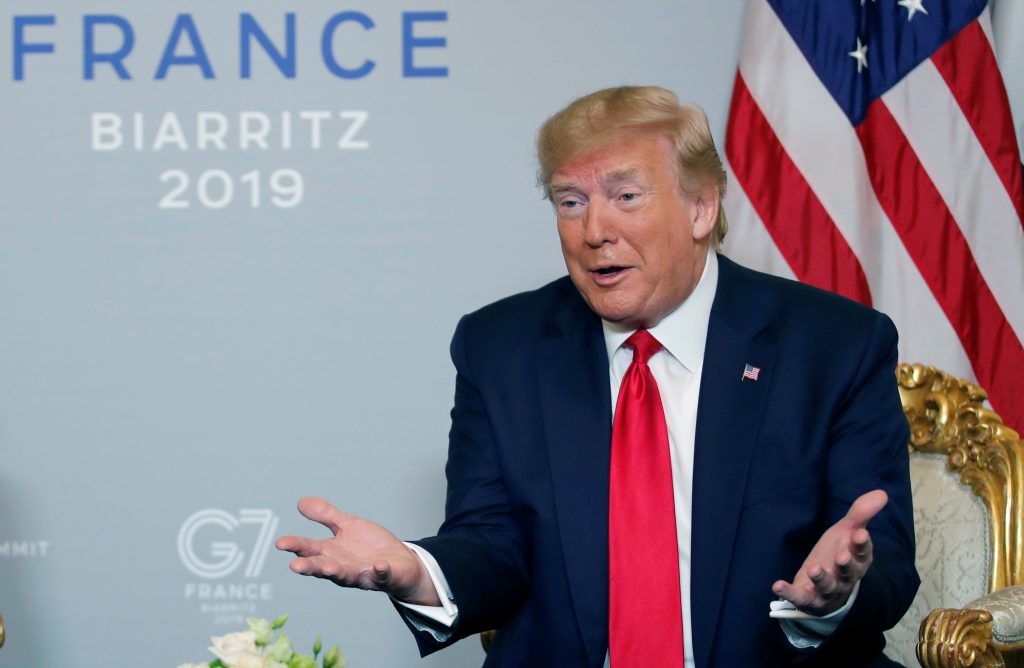 President Donald Trump said on Monday he wanted to see a strong Iran and was not seeking a change of leadership in Tehran, adding that the standard of living for ordinary Iranians was unacceptable.

“I’m looking at a really good Iran, really strong, we’re not looking for regime change. You’ve seen how that works over the last 20 years, that hasn’t been too good,” Trump told reporters during a summit of wealthy nation leaders.

He said he had not been surprised that France had invited Iranian Foreign Minister Mohammad Javad Zarif for talks on Sunday on the sidelines of the G-7 gathering, which were aimed at trying to ease tensions between Washington and Tehran.

However, he said he had not wanted to see Zarif himself, adding that it was too soon for such an encounter.

“Or they can be poor as can be. And I tell you what, I don’t think it’s acceptable the way they are being forced to live in Iran,” he said.

Tensions between Tehran and Washington have risen sharply since Trump pulled out of Iran‘s internationally-brokered 2015 nuclear deal and reimposed sanctions on the Iranian economy.