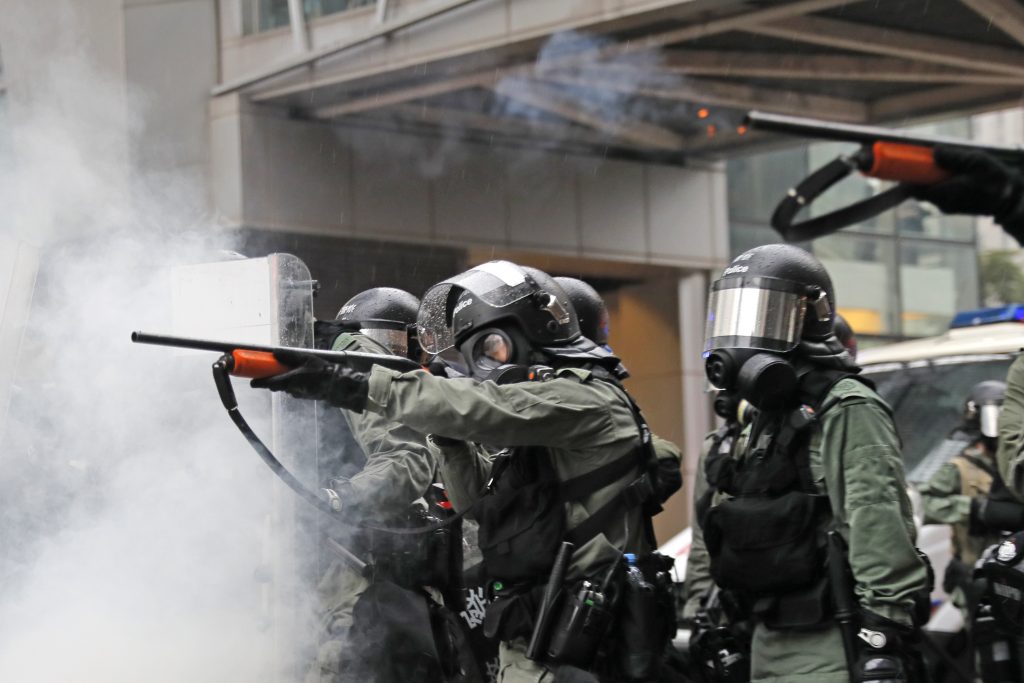 Hong Kong police on Monday defended pulling out their guns and firing a warning shot during anti-government protests over the weekend, and lawmakers on each side of the city’s political divide said the other side bears responsibility for the violence.

Assistant Police Commissioner Mak Chin-ho said one officer fired into the air and six held up their revolvers after protesters charged them repeatedly with metal poles, long sticks and road signs on Sunday night.

“Their use of force was indeed necessary and reasonable,” he told a news conference at police headquarters.

“You can say a lot of different opinions to the government,” said Starry Lee, chairwoman of the Democratic Alliance for the Betterment and Progress of Hong Kong. “But violence is different. If we can accept violence, our city will be ruined.”

Pro-democracy members of the Legislative Council countered that the government and the police need to take responsibility, the former for introducing the extradition legislation that sparked the protests and the latter for what they say is selective enforcement of the law targeting government opponents.

Kwok Ka-ki, a member of the Civic Party, blamed Hong Kong leader Carrie Lam. He called her creation of a platform for dialogue a delay tactic rather than an attempt to resolve the conflict.

At a government news conference, Matthew Cheung, the chief secretary for administration, said the protesters’ actions show a total disregard for law and order and called them unacceptable. On Saturday, protesters damaged several “smart” lampposts installed by the city, cutting at least one down with a circular electric saw.

A hard-line contingent of protesters took over streets on Saturday and Sunday following peaceful pro-democracy marches. They argue that peaceful protests are not enough to get the government to respond to their demands. Police used tear gas to clear the streets and arrested more than 80 people.

The movement has five demands including democratic elections and an independent inquiry into what it alleges is police violence in breaking up demonstrations.

The protests started in early June with the now-suspended extradition bill, which would have allowed suspects to be sent to mainland China to face trial, and has expanded to encompass a general concern that China is chipping away at the rights of Hong Kong residents.

Hong Kong’s leader is chosen by a 1,200-member committee dominated by supporters of the central government in Beijing. About half of the legislature is elected by the public, while the other half represents various professions and groups such as lawyers and accountants.

Mak, the police official, called the actions of the hard-line protesters reckless and a grave threat to public safety. He said 21 officers were injured on Sunday.

“The police have zero tolerance for violent acts,” Mak said. He asked citizens to ask themselves, “Is this the Hong Kong you would like to see?”