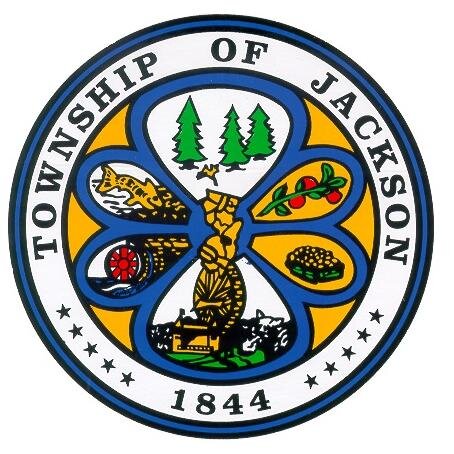 Three members of Jackson Township boards dealing with development have tendered their resignations, following the release of recordings of their attendance at a meeting aimed at stopping the construction of a housing project geared towards Orthodox Jews.

Controversy began after an anonymous leak to local officials and media surfaced that Richard Egan, who was a member of Jackson’s Planning Board, and Sheldon Hofstein and Joseph Sullivan who served on its Zoning Board, were present at what was labeled as the town’s inaugural CUPON meeting. CUPON (Citizens United to Protect Our Neighborhoods) has been active in New York’s Rockland County for some time, largely focusing on efforts to oppose the growth of the Orthodox community there.

The meeting was held two weeks ago at Jackson’s Miller Road Fire House and was reportedly attended by some 28 residents. Included on its written agenda was discussion of an upcoming Planning Board application for Jackson Trails, a development for more than 460 homes and a shul in an area of the town near the border with Manchester Township, far from the area of Jackson that borders Lakewood, and which is already home to several hundred Orthodox families.

Very brief clips of a recording of the meeting, released through the Lakewood Scoop, feature the three men acknowledging that their presence at the gathering must be kept secret.

“We’re not supposed to be here,” Mr. Hofstein said. “Nobody saw us.”

A source who has listened to the entire audio recording but requested anonymity, told Hamodia that all three took an active part in conversations strategizing to block Jackson Trails’ application.

The planning meeting held four days later was attended by some 175 residents. Just before it commenced, Gregory McGuckin, who serves as an attorney for Jackson as well as being its assemblyman, approached Mr. Egan and asked that he recuse himself from taking part in the meeting.

Presumably under pressure from town officials that their continued participation would throw a further pall over the town’s zoning and planning decisions, Mr. Egan and Mr. Sullivan submitted their resignations this past Friday, and Mr. Hofstein added his on Monday.

Robert Nixon, who serves as president of Jackson’s Town Council told Hamodia that he welcomed the resignations.

“Council was surprised and disappointed at the allegations made recently against members of our Planning and Zoning Boards and we support their decision to step down,” he said. “The focus of the Zoning and Planning Boards have always been, and must only be, on the law governing land use and Jackson’s Master Plan.”

Jackson has struggled to keep its town boards staffed in recent years, following a series of scandals. Robert Burrows, a former Zoning Board member, has been the author of several online anti-Semitic tirades. In 2017, Larry Schuster was forced to resign after anti-Semitic and other offensive comments he made online were discovered, only weeks after Anthony Marano was forced from the board over an arrest for possession of illicit materials and resisting arrest.

At the time, members of the council called for more rigorous background checks to be made before admitting applicants to serve on town boards.

The recent resignations could complicate Jackson’s ongoing legal woes as well. In 2017, the town was sued by the Agudath Israel of America, which claimed that ordinances that banned the construction of new schools and eruvin were motivated by bias against the Orthodox community.

Officials had entered into arbitration, but negotiations stalled and a trove of emails revealed by a FOIL request between the mayor and council members seemed to reveal that talks were little more than a stalling tactic. The cases are currently moving forward.

Prior to the Agudah’s action, Jackson had been sued by Oros Bais Yaakov over the township’s denial of its application to build.

While Mr. Egan and Mr. Sullivan were appointed over the last year and a half, Mr. Hofstein has served for 11 years and was one of those who voted down the application.

Rabbi Avi Schnall, Agudath Israel’s New Jersey Director told Hamodia that the recent revelations are yet another step in strengthening accusations of a concerted effort to block Orthodox growth in Jackson.

“These incidents are further proof of the nefarious intentions of those sitting in the government of Jackson,” he said. “It shows a deep rooted problem that they are pursuing plans to keep Jews out and to have zoning and planning board members at a meeting on how to prevent a Jewish development from being built speaks volumes. Remember also, that these are positions appointed by the mayor and council to steer their agendas.”