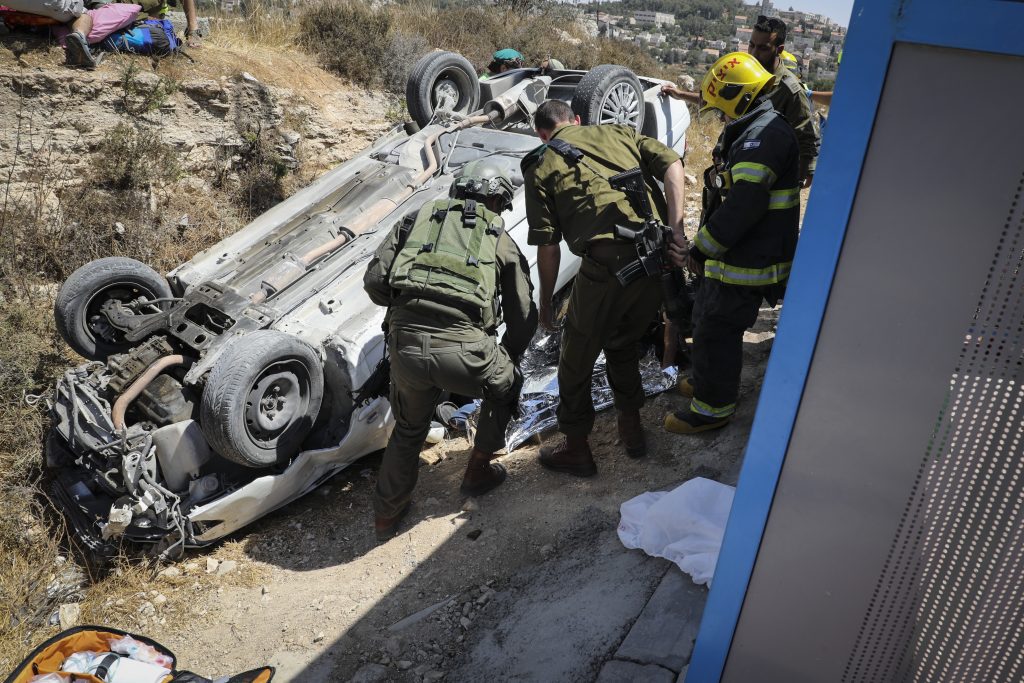 There has been a slight improvement in the condition of 17-year-old Nachum Nevis from the town Elazar in Gush Etzion, who was injured along with his sister Noam in the ramming attack on Aug. 16, the spokesperson of Hadassah Ein Kerem Hospital said Monday.

His condition remains serious, but Nachum’s life is no longer in imminent danger, the hospital said.

Nachum’s older sister Noam, who was also wounded in the ramming attack, is being treated in the orthopedic ward and is also recovering, in light condition.

The family requested that the public continued to daven for the refuah sheleimah of Nachum Elimelech ben Zahava Rivka and Noam bas Zahava Rivka.