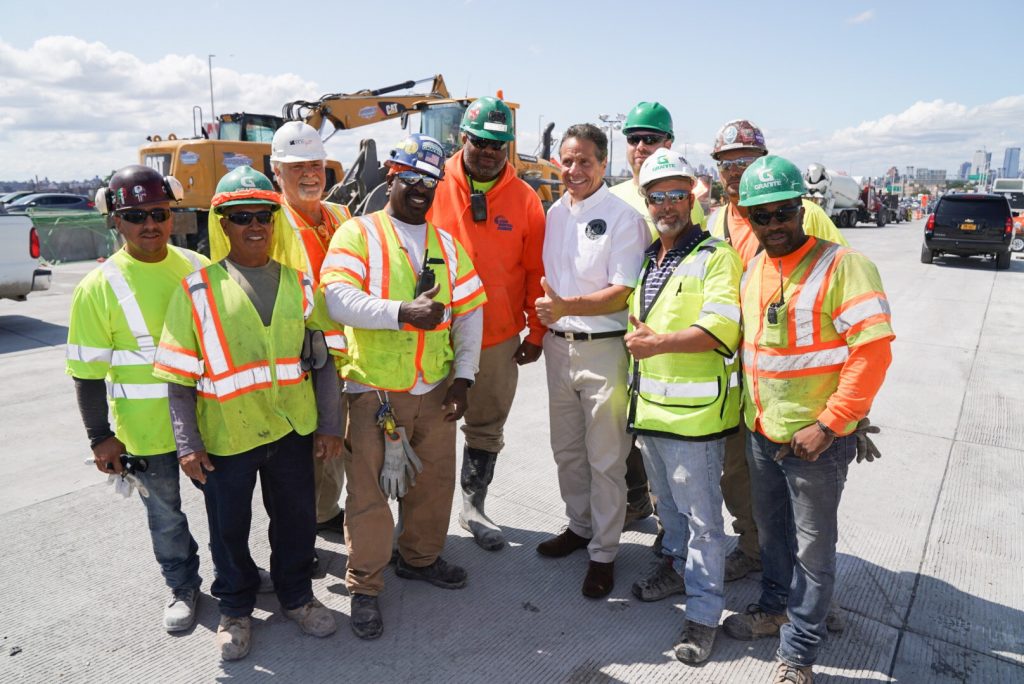 The second span of the new Kosciuszko Bridge between Brooklyn and Queens will open to traffic early Thursday morning. It was finished four years ahead of schedule and under budget, New York Gov. Andrew Cuomo announced.

“With the opening of the second span of the new Kosciuszko Bridge, we will once again demonstrate to the nation that it’s possible to take on big projects and to get them done on time and on budget,” said Gov. Andrew, who toured the site Sunday.

The public will get a chance to bike or walk over the new bridge Wednesday, from noon to 6 p.m.

The roadway incline has also been lowered by approximately 35 feet, making it easier for trucks and other large vehicles to maintain consistent speeds on the bridge – helping reduce traffic congestion. It’s expected to handle 200,000 drivers per day.

The $873 million project is the first major bridge built in New York City since the Verrazzano-Narrows Bridge in 1964. The original Kosciuszko Bridge opened in 1939.