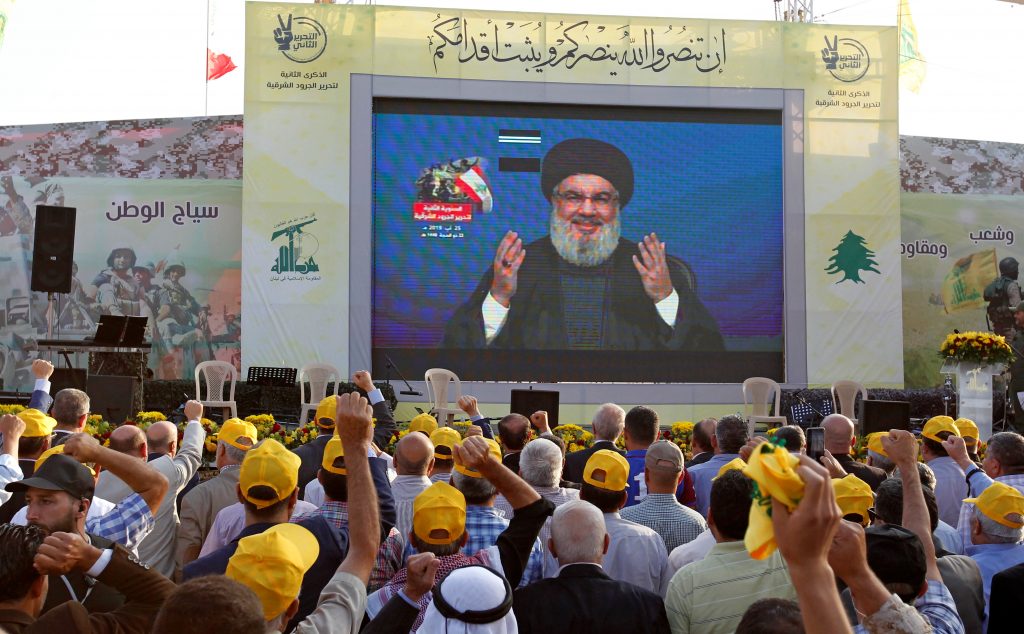 In a broadcast speech even more belligerent than usual, Hezbollah leader Hassan Nasrallah responded to Israeli airstrikes against Iranian operatives across its northern borders with Syria and Lebanon with threats of retaliation.

Nasrallah threatened that Hezbollah would henceforth shoot down Israeli drones over Lebanon, and that if Israeli “aggression” persists, “I say to the residents of the north [of Israel] You will have no quiet under such a situation.”

“From tonight, I tell the Israeli army on the border, be prepared and wait for us,” he added.

The terror group’s leader also contested Israeli Prime Minister Binyamin Netanyahu’s statement that Iranians were targeted in the attack on a drone base in Syria, saying that two Hezbollah members were killed. He also claimed that it was not a military site, but a civilian house.

According to media reports on Sunday, at least six people were killed in the incident.

Meanwhile, Foreign Minister Yisrael Katz said on Sunday that Israel was working to “uproot” Qassem Soleimani, the commander of the Revolutionary Guards Quds Force, who has charge of drone operation in Syria.

Katz also noted that Israel has effectively blocked Iran. They had planned to have at this stage some 100,000 Shiite militia forces in southern Syria, poised to attack Israel. “All of these things are things we prevented,” the foreign minister said.

“There is no 100 percent prevention, but when there is information [of further Iranian entrenchment in Syria], we act,” Katz said.