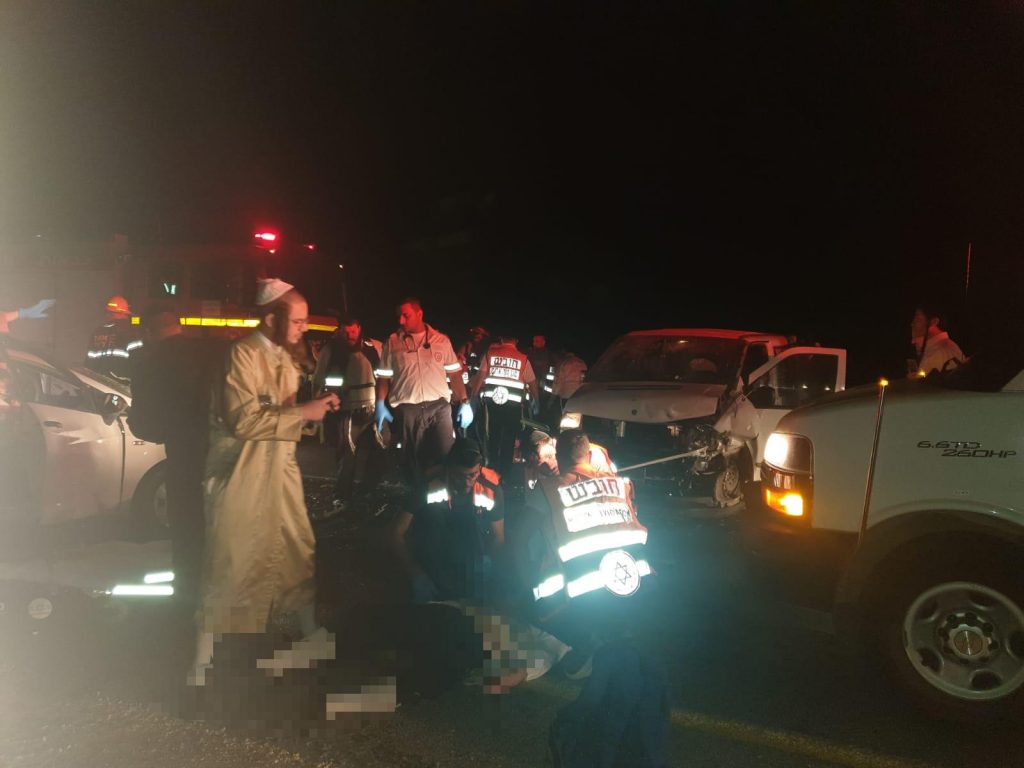 A 17-year-old Toldos Aharon bachur was seriously injured after an accident on the way to daven at Meron on Motzoei Shabbos. Overnight, he was operated on but his condition is still serious.

The bachur was on his way to daven at the tziyun of Rabbi Shimon Bar Yochai, and on the way to the mountain he was involved in the accident and was seriously injured and was transported by helicopter to the Rambam Hospital in Haifa.

In the accident on Highway 89, the road leading from Tzfas to Meron, 11 people were injured, including one seriously injured and another in moderate condition. The rest were evacuated to the Ziv Hospital in Tzfas.

His family requests that all daven for the refuah sheleimah of Shmuel Chaim ben Sheindel Tzirel.