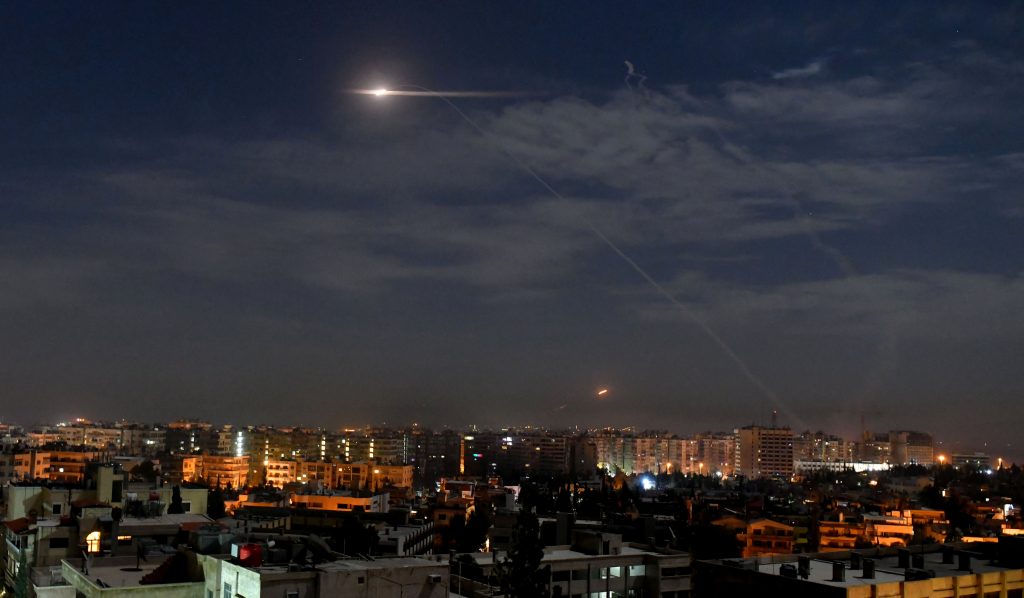 In a rare confirmation, the IDF said late Motzoei Shabbos that Israeli fighter jets carried out airstrikes in Syria to thwart a planned drone attack on Israel by Iran-backed fighters.

“The strike targeted Iranian Quds Force operatives and Shiite militias which were preparing to advance attack plans targeting sites in Israel from within Syria over the last number of days,” the IDF said in a statement.

Israel released few details about the Iranian planned attack, which it said had been under preparation for “the last number of days.”

He added that the cell planning the attack received direct orders from Quds Force Commander Major General Qassem Soleimani in Tehran, and had initially planned to launch the drone attack on Thursday but was thwarted by the IDF.

Manelis said that the airstrikes struck several targets in Aqraba – some 9 miles from the Israeli border – where there was the presence of Quds Force and Shiite militia troops, equipment and Iranian missiles.

“The IDF is in high readiness to continue both defensive and offensive actions as necessary against the plans to attack the State of Israel,” Manelis said on a phone call to reporters, adding that the military “sees Iran and the Syrian regime directly responsible for the attempted terror attack.”

Prime Minister Binyamin Netanyahu praised the Israeli strikes in a statement. “In a major operational effort, we have thwarted an attack against Israel by the Iranian Quds Force and Shiite militias. I reiterate: Iran has no immunity anywhere. Our forces operate in every sector against the Iranian aggression. ‘If someone rises up to kill you, kill him first.’”

The prime minister added that “I have directed that our forces be prepared for any scenario. We will continue to take determined and responsible action against Iran and its proxies for the security of Israel.”

Israel has previously acknowledged hundreds of airstrikes on Iranian targets in neighboring Syria, primarily arms shipments believed to be destined for Iran’s Hezbollah allies – but Israel has seldom confirmed any one specific strike.

Israel considers Iran to be its greatest enemy and has repeatedly vowed that it will not allow the Iranians, who are supporting the forces of Syrian President Bashar Assad, to establish a permanent military presence in Syria.

In recent weeks, Israel has also been accused of conducting airstrikes against Iranian targets in Iraq. On Friday, The New York Times, citing Israeli and U.S. officials, reported that Israel bombed an Iranian weapons depot in Iraq last month. The Times report also quoted a senior Middle Eastern intelligence official who said that Israel was specifically responsible for a July 19 attack north of Baghdad on a base he told the Times was being used by Iran’s Revolutionary Guards “to transfer weapons to Syria.”

Meanwhile, Iron Dome batteries have been deployed to the north and bases have been placed on high alert for any possible Syrian-Iranian retaliation. Authorities have not issued any special safety instructions for residents in northern Israel.