Illinois Patient’s Death May Be First in U.S. Tied to Vaping 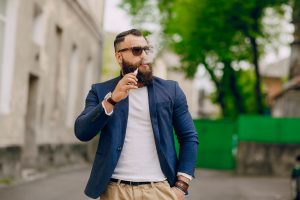 Illinois health officials are reporting what could be United States’ first death tied to vaping.

In a Friday news release, the Illinois Department of Public Health says a person who recently vaped died after being hospitalized with “severe respiratory illness.” The agency didn’t give any other information about the patient, including a name or where the person lived.

Melaney Arnold, an agency spokeswoman, says the death is the first in the state that could be linked to vaping. The release also says the number of people who have experienced respiratory illness after vaping doubled to 22 in the past week.

In a Wednesday news release announcing 149 cases of severe lung illness nationwide that may be tied to vaping, the Centers for Disease Control and Prevention said no deaths associated with vaping had been reported.