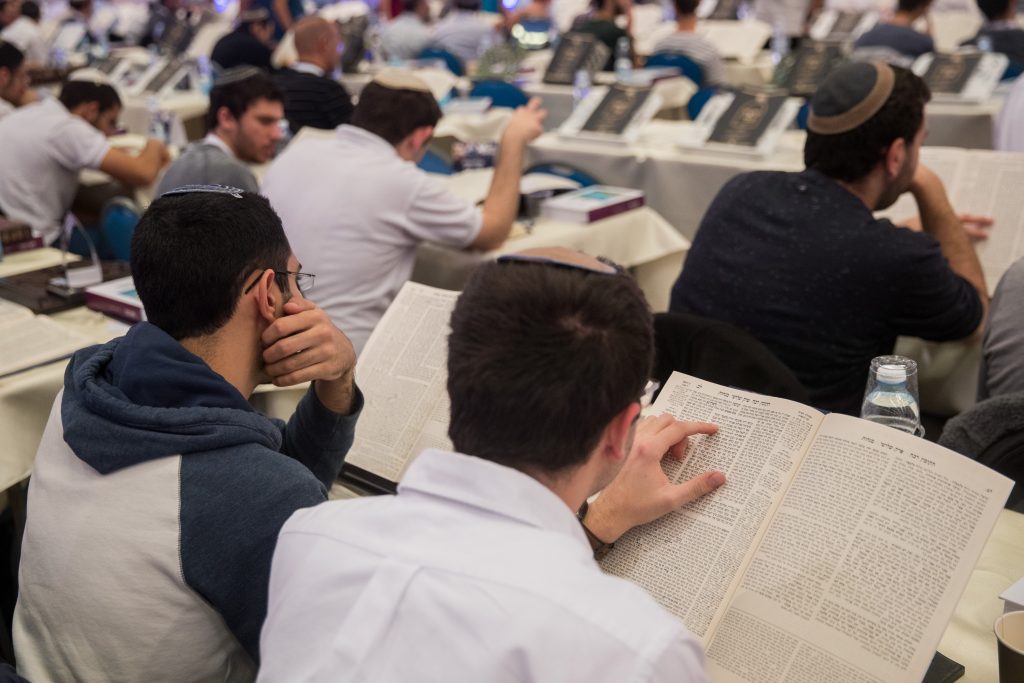 On an official state visit to Israel to sign a long-negotiated free-trade agreement with her country, South Korean Trade Minister Sung Yun-mo Wednesday praised Israelis and Jews – and in particular, the Talmud. “We are familiar with your Talmud,” Sung said. “Through it we have learned how you became a nation that has been blessed with original, creative thinking.”

The “Talmud” – or rather books about it – are, it turns out, a major item for Koreans seeking to get ahead in the very competitive business and career environment they have grown up in. Koreans are impressed with the fact that there have been so many Jewish Nobel Prize winners, impelling them to attempt to learn the “secrets” of Jewish success.

Those secrets, Koreans believe, are in the Talmud. Thus has sprung up a whole industry based on the Talmud. Books analyzing the method of questions and answers in the tome, replete with examples and in-depth discussions, are perennial bestsellers in the country.

Academies that emphasize chavrusa-style studying, applying it to analysis of math, science, and other advanced subjects, are common in high-end schools throughout South Korea. And there are editions of books for all age levels – even picture books for kindergarten children, emphasizing basic logical concepts with examples from the Talmud.

In her comments, Sung paid homage to Israel as the “startup nation. It is not a small country as it appears on the map, but a major force and an inspiration. There are many similarities between Israel and South Korea. We are the winning combination of innovation in the world,” she added.