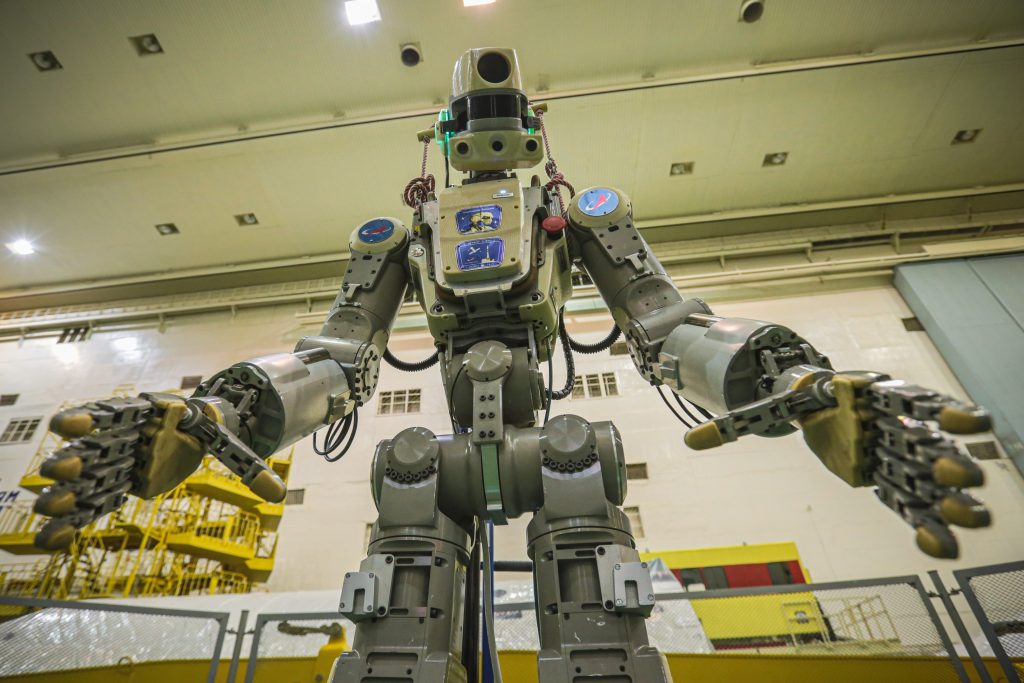 Russia has sent a humanoid robot to the International Space Station as part of tests on a new rocket that is expected to replace the current vehicle.

The Soyuz capsule, which typically carries a space crew, blasted off from the Russia-leased launch pad in Kazakhstan at 8.38 a.m. on Thursday carrying the Fedor robot. The capsule was launched by a new Soyuz 2.1a rocket which has only been used to launch unmanned vehicles. The new booster rocket is expected to replace the Soyuz-FG rocket next year.

The robot, which was in the commander’s seat, holding a small Russian flag in its right hand, sent out a tweet shortly after the orbiting saying that the first part of onboard tests went as planned.