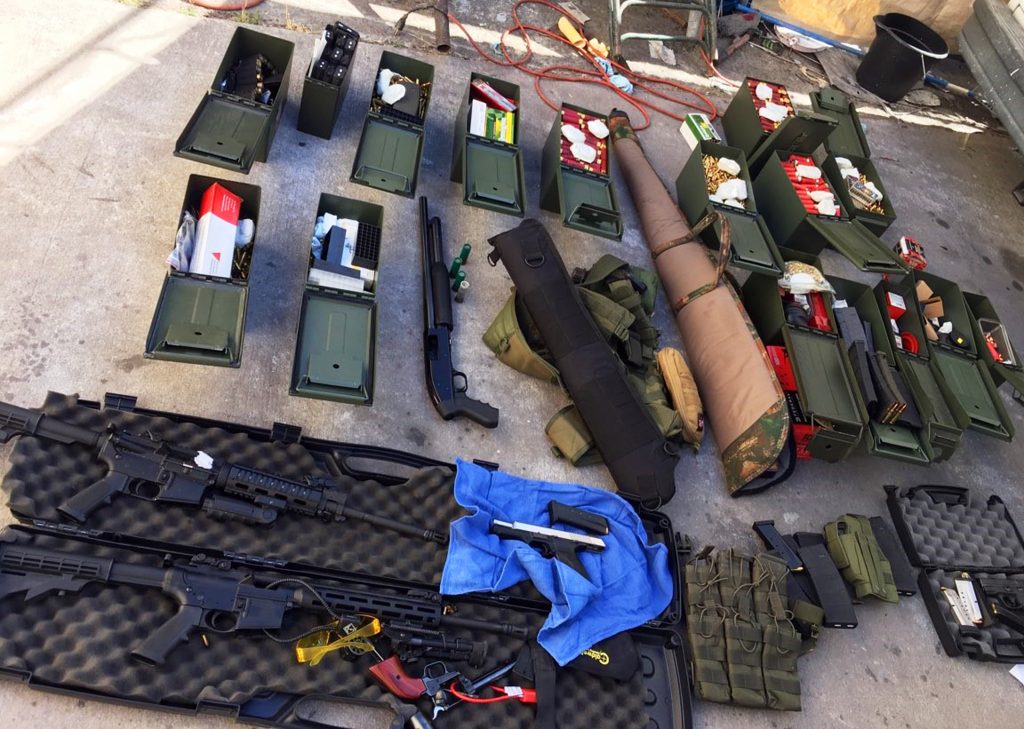 A cook at a Long Beach Marriott who allegedly had stockpiled guns and hundreds of rounds of ammunition at his home, was charged Thursday with several crimes.

Rodolfo Montoya, 37, was taken into custody Tuesday at his Huntington Beach home. He was upset over a work-related human resources issue when he told a co-worker at the Long Beach Marriott on Monday that “he was going to shoot up fellow employees and people coming into the hotel,” Police Chief Robert Luna said at a news conference Wednesday.

The employee told the hotel’s general manager, who contacted police.

A search of Montoya’s home turned up assault-style rifles and other weapons, dozens of high-capacity magazines and hundreds of bullets.

Montoya “had clear plans, intent and the means to carry out an act of violence that may have resulted in a mass casualty incident,” Luna said.

“Sir, you saved many lives, not only of your employees but any customers that may have been at the Marriott when this guy decided to show up and carry out his threat,” Luna said.

The chief said Montoya didn’t appear to have any criminal history that would have prevented him from legally buying guns, although some of the weapons and high-capacity magazines at his home may be illegal.

Montoya was charged Thursday with two counts of criminal threats, one count of dissuading a witness and possession of an assault weapon.

If convicted, Montoya could face more than five years in prison.