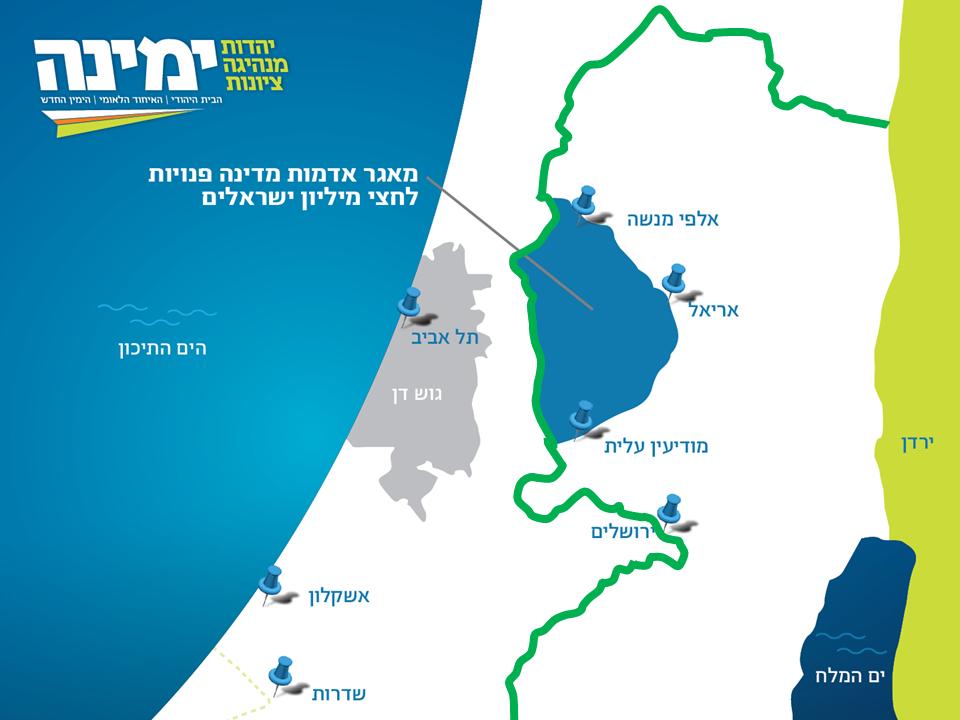 The Yemina party unfurled its right-wing style blueprint for solving Israel’s chronic housing shortage on Wednesday—building over 110,000 apartments in the Shomron.

Yamina’s No. 3 candidate, Transportation Minister Bezalel Smotrich, proclaimed that by combining “ideology with practicality” the plan would help “erase the Green Line” dividing Israel from Yehudah and Shomron, according to The Times of Israel.

Highlighting the practical, Chairwoman Ayelet Shaked noted that “the Tel Aviv metropolitan area is almost as crowded as Gaza and as expensive as New York.”

They spoke at an event announcing the plan in the Shomron community of Etz Efraim.

Yamina’s plan calls for construction within five years of 113,000 housing units on roughly 8,650 acres of state land between the cities of Rosh Ha’ayin and Ariel.

The left-wing Democratic Camp claimed in a statement that “Shaked and Smotrich have decided to turn the entire population into settlers. Not only [do they want] religious coercion in the education system, but they want to transfer the citizens of the state to live in the settlements where they can re-educate them in the laws of halachah.”