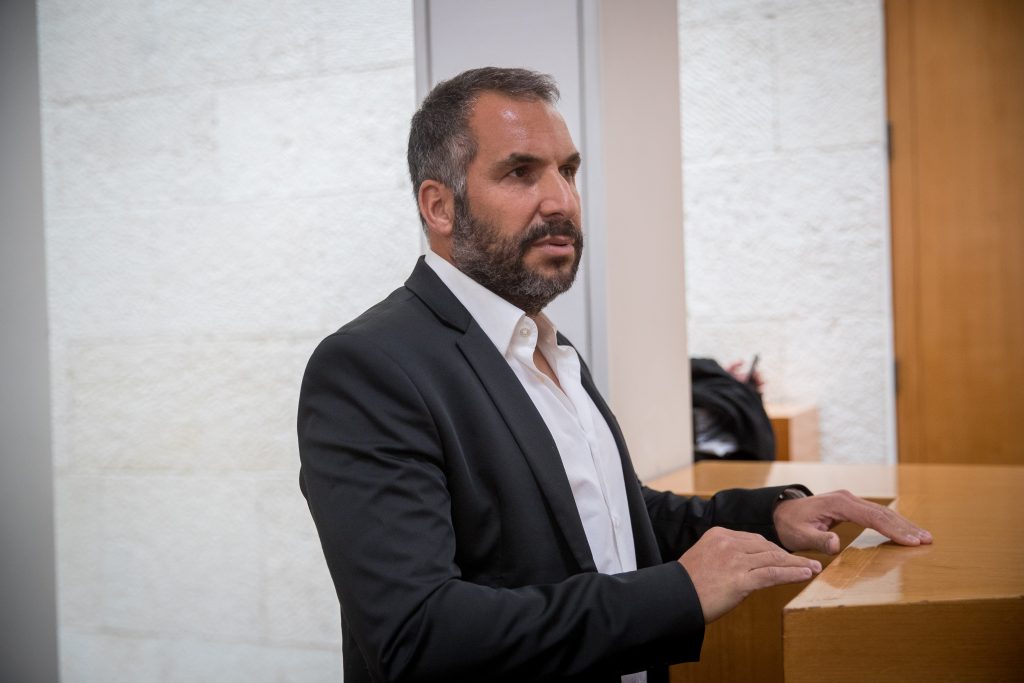 An attempt to incite a crowd of chareidi tourists in Teveria Tuesday night blew up in the face of Mayor Ron Cobi. He attempted to tear up the “Shabbos kashrus” certificate of an establishment on the Teveria boardwalk and was faced with a spontaneous anti-Cobi protest – replete with hundreds of people singing Shabbos songs, peppered with calls from the crowd for Cobi to “go home.”

The incident occurred on one of Cobi’s nightly visits to the waterfront, which he religiously records on his social media posts. In recent days, the visits have become rife with confrontations with chareidim, as the mayor attempts to stir up provocations, apparently in preparation for his Knesset election campaign.

Witnesses said that in Tuesday night’s incident, Cobi walked up to a water sports outfit that has a certificate signed by the city’s Chief Rabbi attesting to the fact that it was closed on Shabbos. He tore it off the wall, claiming it was “not valid” and a “cynical attempt to use the kashrus system for the wrong purpose,” as the place did not sell food.

The place was surrounded by a large group of people – most of them religious and chareidi, who constitute the bulk of summer tourists to Teveria – and naturally tempers rose. Many chareidim gathered around, and amid the catcalls and insults hurled at the mayor, dozens began to sing zemiros, peppered with demands that Cobi leave the place. Police arrived on the scene after a few minutes and broke up the incident. Activists working with Cobi filmed the incident from start to finish.

In a statement, the Teveria Rabbinate said that the Shabbos certificates “are a mark of respect and gratitude to the efforts of businesses that respect their clientele. There is no reason not to issue and display these certificates – just the opposite, it shows that businesses appreciate the customers that keep them going. It is unfortunate that the mayor has chosen to harm the income of local businesses instead of supporting them and encouraging tourism to the city.”

In his own take on the incident, Cobi wrote in a social media post that he was “attacked by hundreds of yeshivah bachurim on one of my regular tours of the city. This is a continuation of provocations that began several days ago, after a statue was destroyed by chareidim and I and my staff attempted to clean it up.”