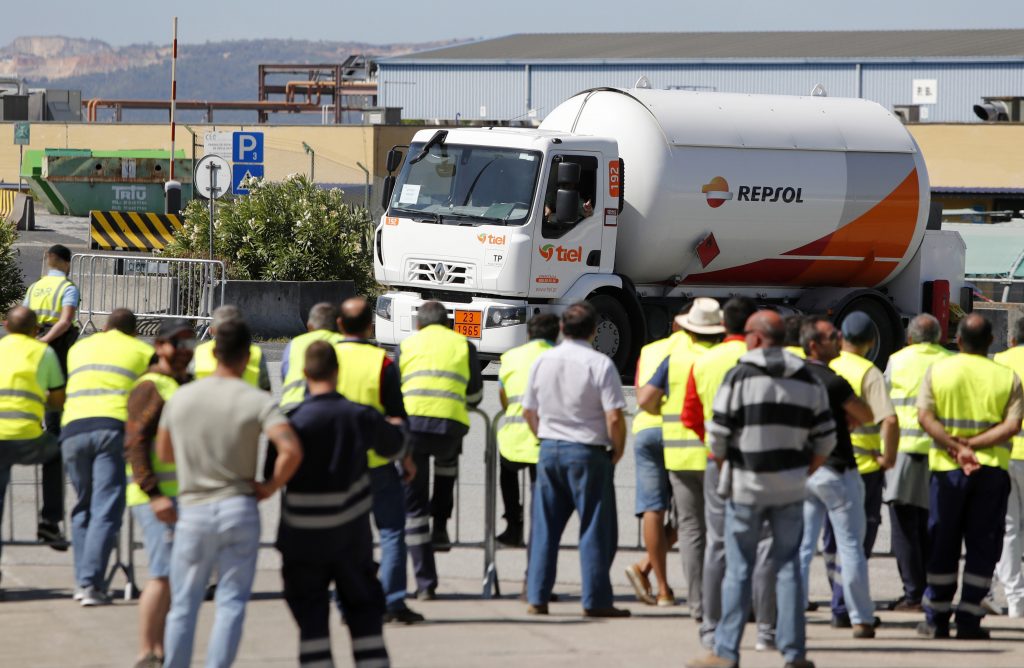 Portuguese tanker truck drivers have announced a new walkout, just days after returning to work and resuming talks with employers in a pay dispute.

The Hazardous Materials Drivers Union said Wednesday that about 750 members — from a total of some 900 in Portugal — will refuse to work overtime or on weekends and public holidays from Sept. 7-22.

The union says truckers work many hours of overtime to keep the country’s 3,000 gas stations stocked.

A spate of strikes has tested the country’s Socialist government, traditionally sympathetic to trade unions. But with a general election less than two months away, the center-left government is wary of taking sides.