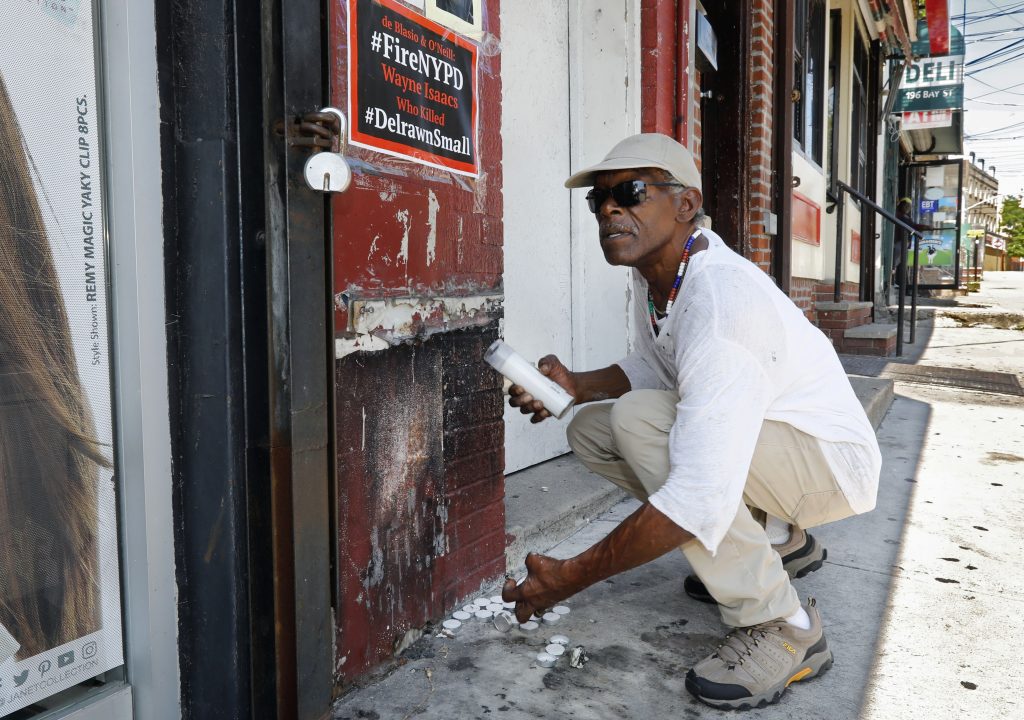 A police supervisor has agreed to give up about four weeks of vacation time to settle a disciplinary case stemming from the 2014 death of Eric Garner, a police official said Wednesday, two days after the department fired an officer for using a banned chokehold.

The New York Police Department said in an emailed statement that Sgt. Kizzy Adonis’ case had been resolved but did not reveal the outcome.

According to a police official, Commissioner James O’Neill signed off on an agreement under which Adonis will lose 20 vacation days and avoid a public disciplinary trial. Adonis was accused of failing to properly supervise officers after she arrived at the chaotic scene.

The police official spoke on condition of anonymity because state law restricts the public release of information about officer discipline.

On Monday, O’Neill held a news conference to announce his decision to fire Officer Daniel Pantaleo, who is white, for using the chokehold on Garner, who was black.

Adonis, who is black, and Pantaleo were the only NYPD officers to face disciplinary action for Garner’s death. News of Adonis’ agreement irritated Garner’s mother and police reform activists.

Garner’s mother, Gwen Carr, said she was “outraged and disgusted” by the deal but not surprised. She said it’s a sign that Mayor Bill de Blasio and the police department don’t care about her son or other black men and women.

“It’s disgraceful that they waited more than five years until after Pantaleo was fired to cut her a deal so that all she’s facing is losing some vacation days, and they want us to accept these crumbs as if there is some justice,” Carr said in a statement.

The Rev. Al Sharpton said: “If the penalty for not doing your job is that you can keep doing your job, it is an injustice to the family of Eric Garner and the residents of New York City.”

Adonis had been newly promoted to sergeant and was assigned to the Staten Island precinct about a week before Garner’s death in July 2014. She had no prior disciplinary history and has received positive evaluations in her prior and current assignments, the police official said.

Adonis was charged under the department’s disciplinary process in January 2016. She was not part of the team out investigating that day but heard the radio call and was nearby and responded to the scene.

O’Neill found that Adonis’ supervision of officers under her command on the day of Garner’s death “was lacking in certain areas,” the police official said.

However, O’Neill concluded that nothing about her actions caused the use of the banned chokehold or delayed the arrival of medical attention for Garner, the police official said.