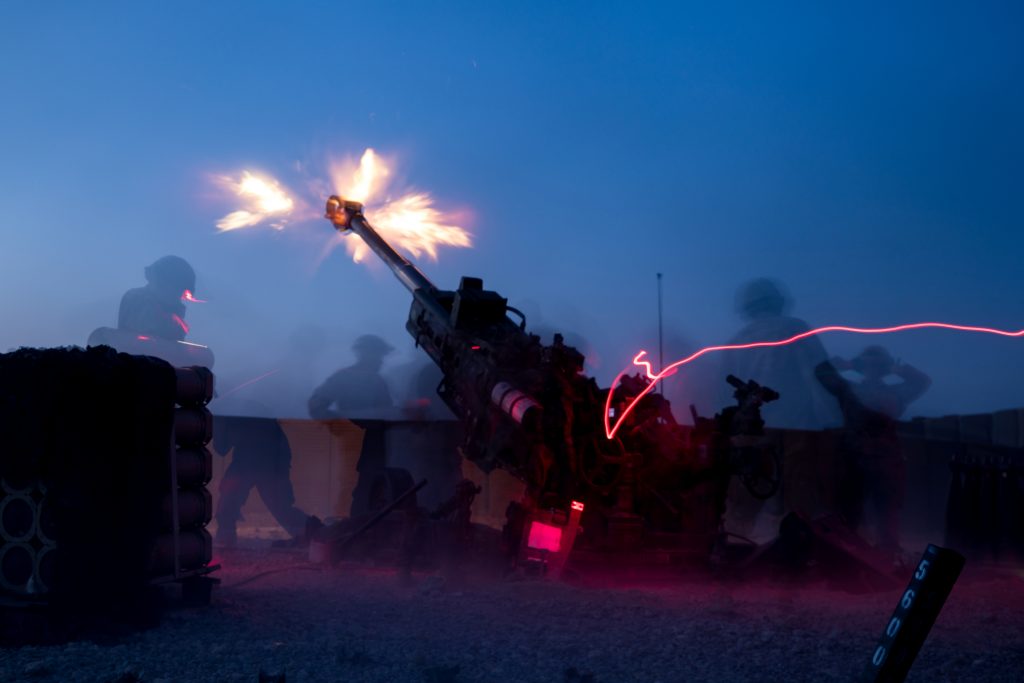 Iraqi paramilitary forces backed by Iran said Wednesday they hold the United States ultimately responsible for a series of attacks, allegedly by Israeli drones, targeting their bases in the country, while pledging to defend themselves against any future attack.

The rare statement issued by the state-sanctioned militias known collectively as the Popular Mobilization Forces, or PMF, said the group has accurate information that shows the U.S. brought in four Israeli drones this year to work as part of the U.S. fleet in Iraq and target militia positions in Iraq.

“We announce that the United States is ultimately responsible for what happened and we will hold it responsible for what will happen as of today. We have no choice but to defend ourselves and our bases with the weapons at our disposal,” said the statement, which was signed by Abu Mahdi al-Muhandis, the deputy head of the PMF.

The statement came as an Iraqi government report obtained by The Associated Press on Wednesday said a massive explosion at a munitions depot run by an Iranian-backed militia near Baghdad last week was caused by a drone strike. The report outlined the conclusions of a fact-finding committee ordered by the government to investigate the August 12 explosion at the al-Saqr military base.

It said the blast was caused by a drone strike that sparked a huge fire and ruled out earlier suggestions that it was caused by an electrical short circuit or faulty storage of munitions that allowed them to overheat in sweltering summer temperatures.

The blast at the al-Saqr, or “Falcon,” base killed one civilian, wounded 28 and damaged nearby homes, echoing across Baghdad. The base houses a weapons depot for the Iraqi federal police and the mainly Shiite militias known as the Popular Mobilization Forces. The state-sanctioned militias, most of which receive backing from Iran, have fought alongside Iraq’s regular armed forces against the Islamic State group.

The report did not say who the drone belonged to.

Al-Saqr was among a string of explosions that hit militia bases and munitions depots over the past several weeks. The deadliest, a July 19 blast, was blamed on a drone that hit a base in Amirli, northern Iraq, killing two Iranians and causing a huge fire. The most recent explosion came on Tuesday night, at a base north of Baghdad.

The findings obtained by the AP deepened the question of who is behind the explosions. Speculation among media and officials has ranged among a number of possible perpetrators, including Israel, the United States or rival Iraqi factions.

Iraq hosts American troops and forces belonging to the U.S. coalition fighting the Islamic State group, which conduct frequent reconnaissance missions as well as occasional airstrikes in the country.

Following a national security meeting last week to discuss the string of attacks, Iraqi Prime Minister Adel Abdul-Mahdi ordered a ban on all military flights throughout the country — including by members of the U.S.-led coalition in Iraq — unless specifically authorized by the Defense Ministry. The coalition said it would abide by the order.

The blasts have given rise to a host of theories, including that Israel may be behind them. The Iraqi government has not formally addressed the reports. The United States has denied any role in the blasts.

If Israel did carry out the bombings, it would be an expansion of its campaign against Iran’s spreading influence in the region. Israel has struck Iranian bases in neighboring Syria on numerous occasions, but it is not known to have done so in Iraq.

Asked about the mounting speculation that Israel was striking in Iraq, Israeli Prime Minister Netanyahu on Monday said: “Iran has no immunity, anywhere … We will act — and currently are acting — against them, wherever it is necessary.”

An American official said the U.S. has no evidence or credible intelligence that Israel was behind the two most recent blasts — on Tuesday or on August 12. The official spoke on condition of anonymity because he was not authorized to speak about the issue.