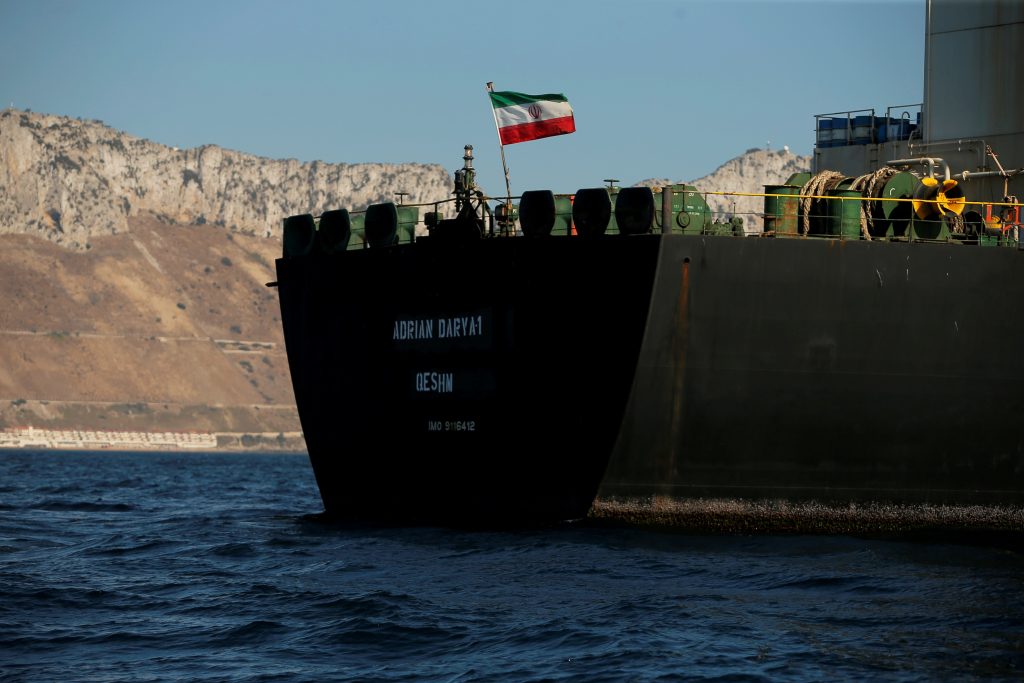 Greece will not provide assistance in delivering oil to Syria to an Iranian tanker now sailing eastward through the Mediterranean, Deputy Foreign Minister Miltiadis Varvitsiotis said on Wednesday.

“We have sent a clear message that we would not want to facilitate the trafficking of this oil to Syria in any instance,” Varvitsiotis told Greece’s ANT1 channel.

The Adrian Darya 1, which was released after being detained in Gibraltar, is carrying 2 million barrels of crude. It is now sailing east with trackers giving its stated destination as the Greek port of Kalamata, with an expected arrival date of Aug. 26.

Washington wants the tanker detained because it says the vessel has links to Iran’s Revolutionary Guards, which it has designated a terrorist organisation. It has urged Greece to refrain from any assistance, while a Cypriot diplomatic source said a similar message had also been conveyed to Cyprus.

Varvitsiotis said Greece did not have the port facilities to accommodate such a large ship, but did not discount the possibility that it could drop anchor in Greek territorial waters:

“This is a VLCC, a very large crude carrier … There is no Greek port that could accommodate a VLCC.”

He said the United States had been in touch with Greece on the matter. Asked what would happen if the vessel entered Greek territorial waters and dropped anchor, he said: “In that case we will see what will happen.”

Varvitsiotis said the Iranian government had not been in touch with Greek authorities. He said the cargo could be offloaded at a refinery, but “obviously not” in EU territory.