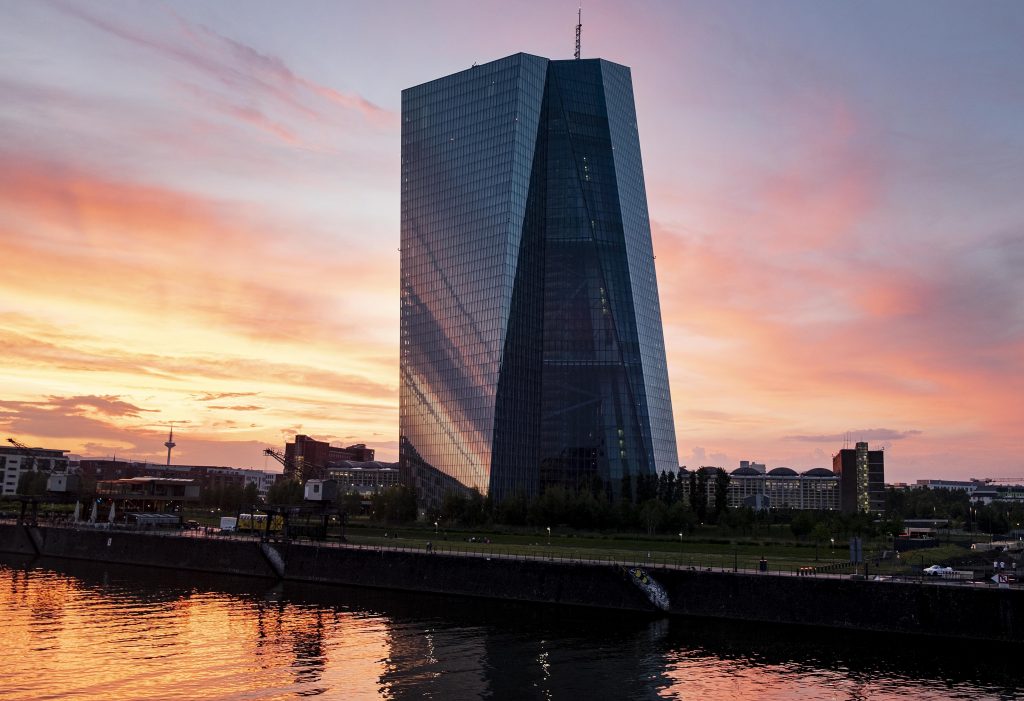 Imagine lending money to someone and having to pay for the privilege of doing so. Or being asked to invest and informed of how much money you’ll lose.

Sounds absurd, but increasingly that’s the global bond market these days. A rising share of government and corporate bonds are trading at negative interest yields — a financial twilight zone that took hold after the financial crisis and has accelerated on fear that a fragile global economy will be further damaged by the U.S.-China trade war.

On Wednesday, for the first time ever, the German government sold 30-year bonds at a negative interest rate. The bonds pay no coupon interest at all. Yet bidders at the auction were willing to pay more than the face value they would receive back when the bonds mature.

The sale added to the mountain of negative-yielding bonds around the world that investors have gobbled up, suggesting that they expect global growth and inflation to remain subpar for years to come. After all, accepting a negative yield on a bond — agreeing, in effect, to lose money in exchange for parking money in a safe place — could reflect expectations that yields will sink even further into negative territory.

Worldwide debt with negative rates has surged to $16.4 trillion from $12.2 trillion in mid-July and $5.7 trillion in October, Bianco said.

“Until a few months ago, negative-yielding debt was an interesting curiosity,” he said. “In the last three months, it’s become a mainstay in the marketplace.”

The negative-yield phenomenon — 87% of it in Europe and Japan combined — is above all sign of pessimism about the future.

“This is like a temperature gauge for the economy, and it says the economy is sick,” said Sung Won Sohn, business economist at Loyola Marymount University in California.

The bond market is also responding to expectations that many central banks such as the Federal Reserve and the European Central Bank will respond to economic weakness and the raging trade conflict between the U.S. and China by unleashing more stimulus to try to drive down interest rates. The ECB has indicated that it may decide on a stimulus package as soon as its Sept. 12 meeting.

Despite its strong credit rating and demand for its bonds, Germany is a big part of the growth problem for the eurozone. The German economy shrank 0.1 percent in the second quarter and could tip into recession with another quarter of falling output.

Negative rates aren’t just an indicator of economic distress. They can cause problems in the financial system, too. They make it harder for banks to turn a profit or for insurance companies to fund their future payouts.

“Why would you want to lend money when you can’t make money?” Sohn said.

Most of the negative-yielding debt is in government bonds, in part because they are seen as ultra-safe. But there are also about $60 billion of U.S. corporate bonds that are in negative territory.

Something similar is going on with U.S. government debt: The yield on the 10-year Treasury note has sagged to 1.57% — a rate that would amount to a negative one after accounting for inflation. Japan has been stuck in years of low inflation and sluggish growth. And growth rates in Europe have slowed in recent quarters.

German bonds are prime candidates for negative rates. The country’s financial solidity means that safety-seeking investors will at least receive most of their money back. German 10-year bonds yield negative 0.69%. Other countries with negative yields on government bonds include Belgium, France, the Netherlands, Denmark, Sweden and Spain.

What was especially unusual about the German bond sale was its long maturity. As anyone who has shopped for a bank CD knows, you usually get more interest the longer your money is tied up. Yet bond yields are sagging not just for shorter term issues but also for longer-term bonds.

The negative yields on German bonds have fueled debate over the government’s insistence on running budget surpluses and avoiding new debt, even though the government could borrow to spend more on roads and bridges and in effect be paid to do so.

Economists and such outside voices as the U.S Treasury and the International Monetary Fund say Germany could support growth at home and abroad by spending more. Germany’s economy shrank 0.1% in the second quarter, held back by slowing global trade and the auto industry’s adjustment to tough emissions standards and new technologies.

A little bond math helps to understand things. Bond yields and prices move in opposite directions. If investors think inflation and interest rates will rise above levels now reflected in bond yields, they may sell the bond, sending its yield higher. Conversely, demand for bonds — as seen now — drives the price up and the yield down. The more investors foresee low growth and low inflation ahead, the more willing they become to buy bonds that offer low returns. They can earn healthy returns from rising bond prices, even when the yields are negative.

One big reason for falling yields is purchases by central banks. The European Central Bank bought 2.6 billion euros in government and corporate bonds as part of a stimulus program that ended in December. As the economic picture has worsened, the bank has signaled those purchases might start again.

In addition to its signal about the economy, negative yields can make it harder to fund retirement savings. The high bond prices reflected in the low yields also raise the possibility of a bond market plunge if sentiment changes.

That could happen if the economies of Europe and Japan begin to regain momentum and their central banks call off their easy money policies.

“The worst thing that can happen for these bonds is, G-d forbid, the economies recover,” Bianco said.