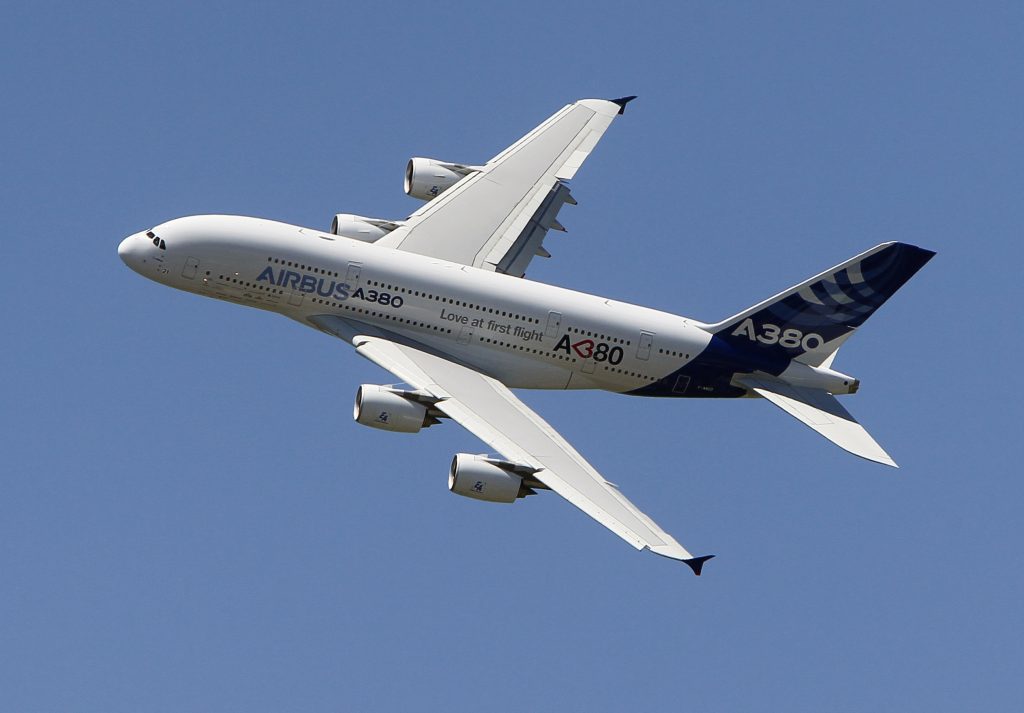 Investigators probing an engine explosion on an Air France A380 in 2017 are studying a possible manufacturing flaw in a recently salvaged cracked part in a move likely to trigger urgent checks on dozens of Airbus superjumbos, people familiar with the matter said.

The focus of a two-year-old investigation into the mid-air explosion over Greenland, which left the plane carrying more than 500 passengers with the front of one engine missing, has switched to the recently recovered “fan hub,” the people said.

The titanium alloy part is the centerpiece of a 3-metre-wide fan on engines built for the world’s largest airliner by U.S.-based Engine Alliance, co-owned by General Electric and United Technologies unit Pratt & Whitney.

It had sat buried in Greenland’s ice sheet since September 2017 when one of four engines on Air France flight 66 abruptly disintegrated en route from Paris to Los Angeles. It was extracted from the ice in June after a high-tech aerial radar search.

Confirming the focus of the probe after Reuters reported the plans for inspections, France’s BEA air accident agency said it had discovered a “sub-surface fatigue crack” on the recovered part and the engine maker was preparing checks.

The people familiar with the matter linked the crack to a suspected manufacturing flaw and said the checks – to be carried out urgently on engines that have conducted a certain number of flights – would affect dozens of the double-decker jets.

The people said the suspect part was fabricated on behalf of consortium member Pratt & Whitney, which declined to comment.

Engine Alliance is one of two engine suppliers for the Airbus A380 in competition with Britain’s Rolls-Royce.

Besides Air France, other airlines operating the A380 with Engine Alliance powerplants include Dubai’s Emirates, Qatar Airways, Abu Dhabi-based Etihad and Korean Air.

The checks will involve taking some planes out of service outside their usual maintenance schedules, one source said.

Investigations are not complete and are likely to tackle other features such as the loads or physical forces at play. Experts say air accidents are rarely caused by isolated factors.

Nobody was hurt in the September 2017 incident, in which the Air France superjumbo diverted safely to Goose Bay in Canada.

Although rare, uncontained engine failures, in which shrapnel capable of puncturing the fuselage exits an engine at extremely high speeds, automatically raise alarm.

The checks come weeks after relatives marked 30 years since an engine failure left a United Airlines DC-10 with almost no control, culminating in the death of 111 out of the 296 people on board during an attempted landing at Sioux City, Iowa.

U.S. investigators cited a defective titanium alloy part and weak inspection procedures, although they also praised the “highly commendable” performance of the crew of flight 232.

The July 1989 crash sped up improvements in manufacturing methods for titanium alloy. Experts say hidden internal defects in such parts are unusual but remain difficult to detect.

Titanium alloy is used widely in aerospace, which is the metal’s biggest customer due to its strength compared to the weight of each part and its ability to handle high temperatures.