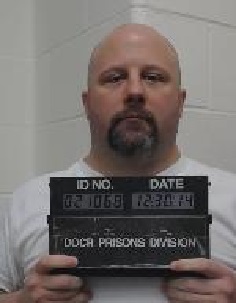 A Bismarck man who was convicted of murder 20 years ago is arguing that a life sentence discriminates against younger inmates.

Shawn Helmenstein, 42, is seeking to clarify his parole eligibility date.

He was sentenced in 2000 to life in prison with the possibility of parole for killing 25-year-old Robbie Rahrich during a liquor store robbery. A jury also convicted him of robbery, adding 10 years to his sentence.

Helmenstein argued Tuesday that a 22-year-old sentenced to life with the possibility of parole would have to serve more than 46 years before becoming eligible for release, but a person convicted at age 42 would be eligible after less than 31 years.

“My argument is this — how is that constitutional, and I hate to use the word fair, to people who are younger?” Helmenstein said. “If you’re younger and you commit a crime and you get a life expectancy, it’s showing age discrimination by giving you more time.”

The Bismarck Tribune reported that South Central District Judge James Hill appeared skeptical of Helmenstein’s argument but said he would consider it.

“I think that what’s really critically important here is that Mr. Helmenstein has a date and a number so the parole date will be secure,” Hill said. “I will also consider his argument that he’s presented here today.”

Helmenstein’s life expectancy was not included in his original sentence as it should have been. Life expectancy is needed as a reference point to calculate when 85 percent of a sentence has been served and when a defendant would be eligible for parole.

Helmenstein’s attorney, Todd Ewell, said his client is entitled to a hearing, but that he could not support his client’s argument about age discrimination.

Hill said he would modify Helmenstein’s sentencing judgment to include his life expectancy, which will help calculate his parole eligibility date. Once that is included, the Bureau of Prisons will calculate when he would be eligible for parole.