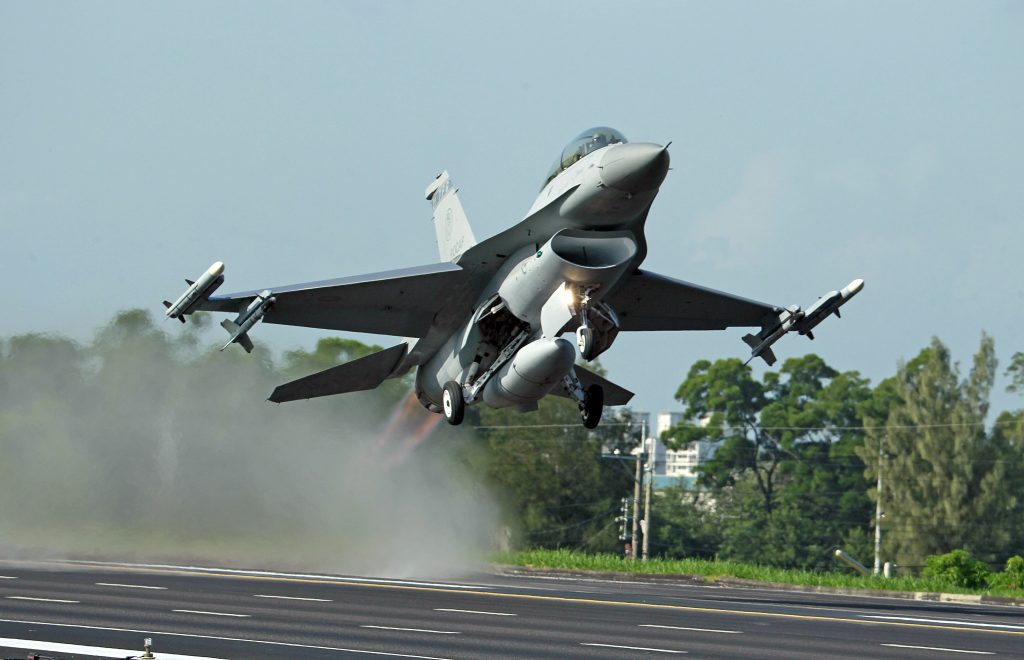 China said Wednesday that it will levy sanctions against U.S. companies linked to a planned $8 billion sale of advanced F-16V fighter jets to Taiwan in a move that has further strained Sino-American relations.

The U.S. should “immediately back away” from the arms sale proposal, Chinese foreign ministry spokesman Geng Shuang said at a daily briefing.

Geng said China urges the U.S. to “stop arms sales to and military interactions with Taiwan” or otherwise “bear all the consequences arising from it.”

“China will take all necessary measures to safeguard its own interests, including imposing sanctions on U.S. companies involved in this arms sale to Taiwan,” Geng said. He did not elaborate on any specific measures.

The Trump administration informed Congress last week that it plans to sell the warplanes despite repeated warnings from China. Earlier this week, the U.S. State Department approved the sale.

Beijing fiercely opposes all arms sales to Taiwan, which it regards as a renegade province, but has specifically objected to advanced fighter jets. Despite a lack of formal diplomatic ties, U.S. law requires Washington to ensure Taiwan has the means to defend itself.

Taiwan is a democratically governed island that broke away from the Communist Party-ruled mainland during a civil war in 1949.

China also pledged sanctions against the U.S. in July when the Trump administration said it was considering a $2.2 billion sale of tanks and air missiles to Taiwan.

Taiwan leader Tsai Ing-wen thanked the U.S. on Tuesday for approving the sales.

“These packages reaffirm the United States’ long-standing commitment to helping maintain peace and stability in the Taiwan Strait,” Tsai said. She also urged China to respect Taiwan’s right to defend itself.