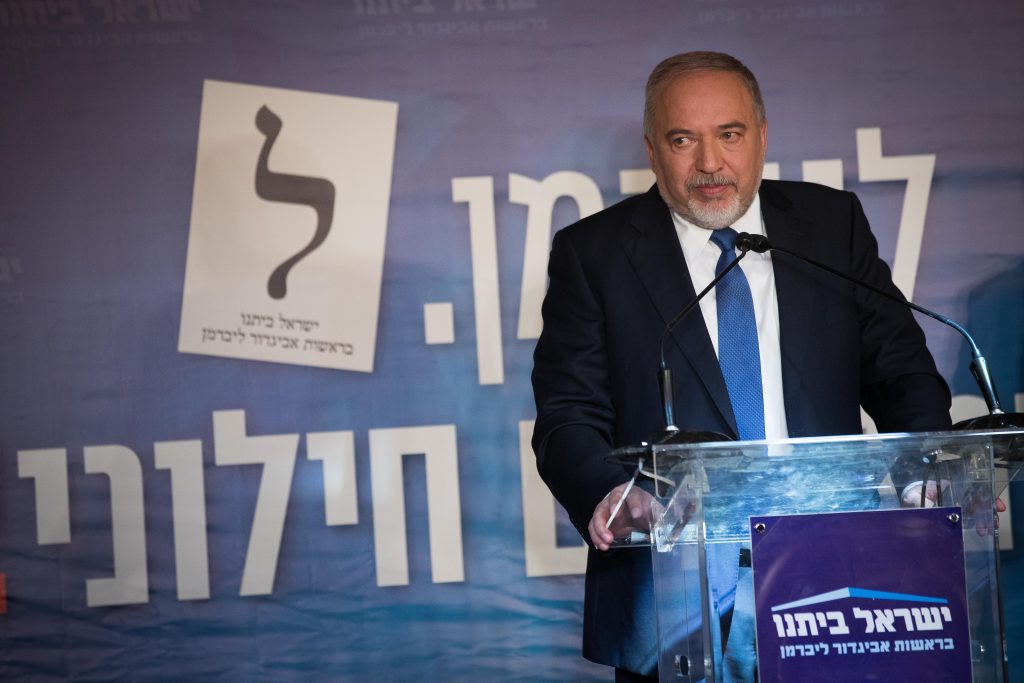 A vote sharing agreement between Yisrael Beytenu and Blue and White was slammed from both left and right Tuesday after it was officially signed. In response to the move, the Likud said that Yisrael Beytenu and its head, Avigdor Liberman, had “shown their true colors,” while the leftist Democratic Camp said that it showed that Blue and White had “surrendered” its principles.

The signing of the agreement came as no surprise, as the two parties had been holding discussions on it for days. Under the agreement, votes that accrue to either party that do not reach the number needed for an additional Knesset seat are transferred to the other party, providing them with extra votes to get the seat. The excess votes go to the party that is closer to an additional Knesset seat.

In a statement, Yisrael Beytenu said that it signed the deal in order to ensure that no votes went to waste. “In the previous election we signed such an agreement with the New Right, which did not pass the electoral threshold,” rendering all that party’s votes null. “In 1999 we signed an agreement with the Labor Party and got an extra Knesset seat. From a technical point of view we had no choice but to sign this deal. We are not prepared to take a chance and lose a seat that is due us. Those who submit to terror and pay protection money to Hamas, and those who remain quiet as Israeli deterrence evaporates, have no right to criticize and to claim to speak for the Israeli right wing.”

The Likud responded quickly, saying that the deal made it clear that Yisrael Beytenu sought to establish a left-wing government. “The cat is out of the bag. Liberman signed this deal after he proclaimed several times that he would support Benny Gantz in a bid for prime minister. Those who want a right-wing government must vote Likud.” Likud MK Miki Zohar said that “if anyone has any more questions about Liberman’s intentions, they should know that by voting for him they are essentially giving their vote to a government of Benny Gantz and Yair Lapid. Those who want a right-wing government must vote for the Likud. We cannot take any chances that a left-wing government will be established.”

The Democratic Camp, made up of Meretz and Ehud Barak’s party, said that the deal “is a last-act adventure for Blue and White, not just procedurally but in its principles. They are joining with the party that advocates transfer of Arabs, stripping Arabs of their citizenship, disappearances of witnesses in political criminal trials, corruption and other ‘positive’ things. This is the party that Blue and White has chosen as its ‘natural partner,’ they have clearly raised the white flag of surrender.”