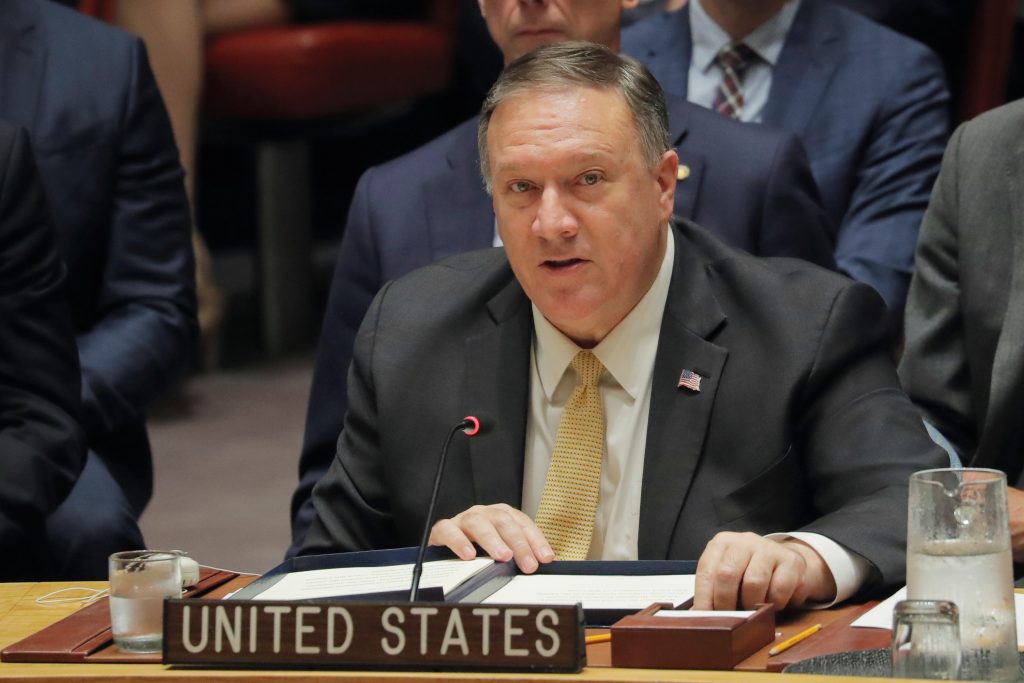 Secretary of State Michael Pompeo is attending a private briefing over lunch on Tuesday with Republican stalwarts including Arthur Laffer, Steve Forbes and billionaires John and Margo Catsimatidis, amid rising speculation that the top U.S. diplomat may run for the Senate next year.

The attendees at the lunch hosted by the Committee to Unleash Prosperity were confirmed by two people familiar with the event. The luncheon, though not the names of the guests, is also on Pompeo’s public schedule for his trip to New York, where he arrived Monday evening and is expected to speak at a session of the United Nations Security Council later on Tuesday.

The move comes amid rising speculation that Pompeo, a former House member from Kansas, may step down from President Donald Trump’s administration to run for a Senate seat opening up following the retirement next year of Pat Roberts. Bloomberg reported this month that Republican political donors have been told to hold off contributing to that race in expectation that Pompeo will run.

Pompeo, one of President Trump’s most trusted Cabinet members, has given mixed signals about his political future. In an interview Monday on Fox News he said, “Lots of people talking about me potentially running for the Senate in Kansas, everyone maybe except me. I’m very focused on what I’m doing. It’s an incredible privilege to be President Trump’s Secretary of State. I intend to continue to do this.”

But when asked in July about running for the Senate, Pompeo told KCMO Radio – which broadcasts in Kansas – that, “I always need to be open to the possibility that something will change and my path in life will change too.”

John Catsimatidis is the billionaire founder of the Gristedes grocery store chain and president of Red Apple Group. He’s been a vocal supporter of the president and has a history of being a prolific donor to both Republican and Democratic campaigns. He served as a member of Hillary Clinton’s finance team during her unsuccessful 2008 presidential campaign, but more recently declined former Vice President Joe Biden’s request for fundraising assistance, saying he would continue to support the president.

Laffer, an adviser to Trump’s 2016 campaign, was recently awarded the Medal of Freedom by the president. The economist is best known for his eponymous “curve,” which says that taxation rates beyond a certain level can prove counterproductive to government revenues.

The Committee to Unleash Prosperity was founded by Laffer, Forbes and Stephen Moore, who withdrew from consideration for a spot on the Federal Reserve Board of Governors earlier this year following criticism from Republican lawmakers.