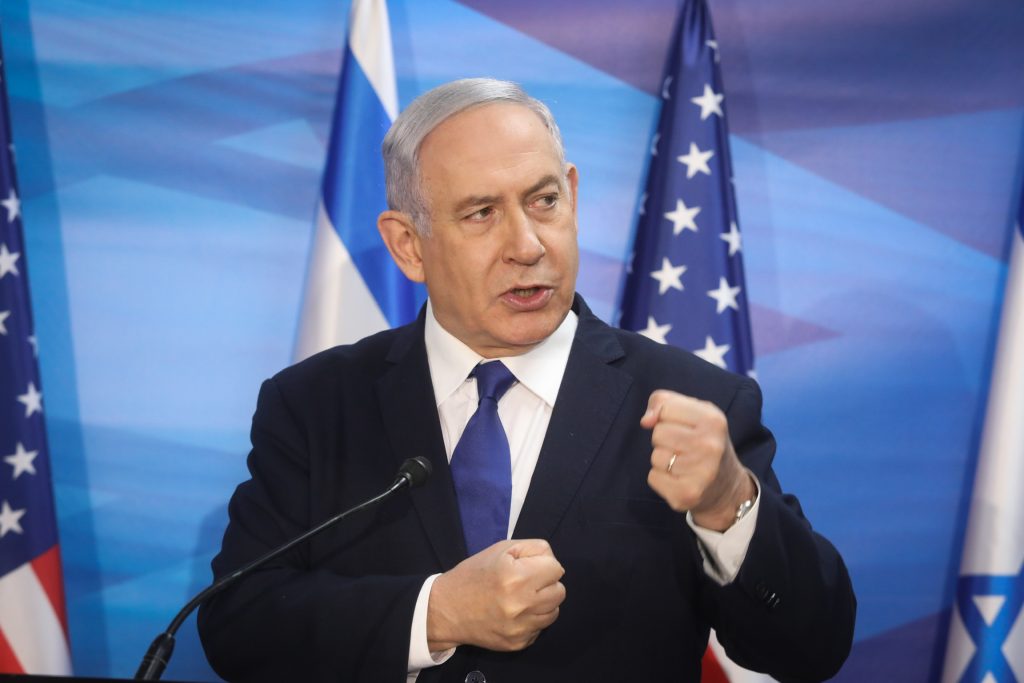 Prime Minister Binyamin Netanyahu would stand up to U.S. President Donald Trump if the administration’s peace plan runs counter to Israeli positions on vital issues, a senior official told The Times of Israel on Tuesday.

Netanyahu has already “communicated” to Trump what those positions are: that Yerushalayim not be divided, that not a single Israeli home in Yehudah and Shomron would be evacuated, and that Israel could not accept Palestinian refugees and their descendants exercising a so-called “right of return” to homes they fled or were expelled from after Israel’s estalishment in 1948.

In addition, he said that Israel must retain “complete control” of all areas west of the Jordan River, though it was not clear if this referred only to the Jordan Valley or how much beyond it.

The comments came just days after Trump said release the long-delayed peace plan could come after Israeli elections in September, though the president added that he thought he might “release small parts of it beforehand.”

The comments also followed the Netanyahu cabinet’s decision to bar the two pro-BDS congressman from entry into the country, reversing a decision to allow them in, which Israeli media reports suggested was due to pressure from the White House.

Speaking to reporters before returning to Israel from a two-day visit in Kiev, Netanyahu himself told reporters that Israelis should keep in mind who they want representing Israel in peace talks when they go to the polls.

“Israel needs to decide who they want to conduct the negotiations over the peace proposal: Netanyahu or Lapid and Gantz?” he said.

Netanyahu has made a point of his eight years fighting off pressure from President Barack Obama, arguing that Lapid and Gantz lack the experience and toughness to negotiate for Israel.