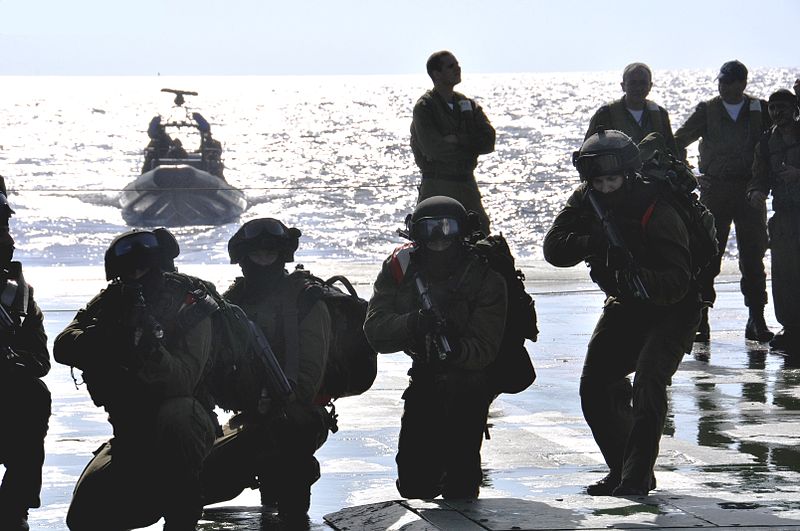 Against a background of tensions over shipping rights in the Persian Gulf, Israeli and American naval special forces held a major exercise in the Mediterranean Sea simulating the takeover of a merchant ship carrying illegal weapons and contraband, according to the IDF on Tuesday.

The Israeli military said the exercise held last week, dubbed Noble Rose 2019, was not directly related to the recent confrontations with Iran over oil tankers.

Israel’s elite naval commando unit—Shayetet 13 in Hebrew—participated alongside U.S. Special Forces. An IDF spokesperson would not divulge the exact number of troops that took part in the exercise, saying only that it was “larger than what we’ve done before.”

The U.S. and Israeli units carried out a number of scenarios, including “regaining control of a hijacked ship and extracting forces from enemy territory,” the military said in a statement.

“In the exercise, advanced and varied capabilities of the Israeli Navy’s Commando Unit were displayed, including taking over a vessel by parachuting from a plane, climbing, rappelling, sniping, and medical evacuation,” the military said.

“Collecting intelligence, assessing, and together coming up with a tactical solution, this is something that is not usually done,” he said.

Noble Rose 2019 was not connected to the Israeli Navy’s Mighty Waves earthquake preparedness exercise, which was held earlier this month off the Haifa coast, the spokesman said.