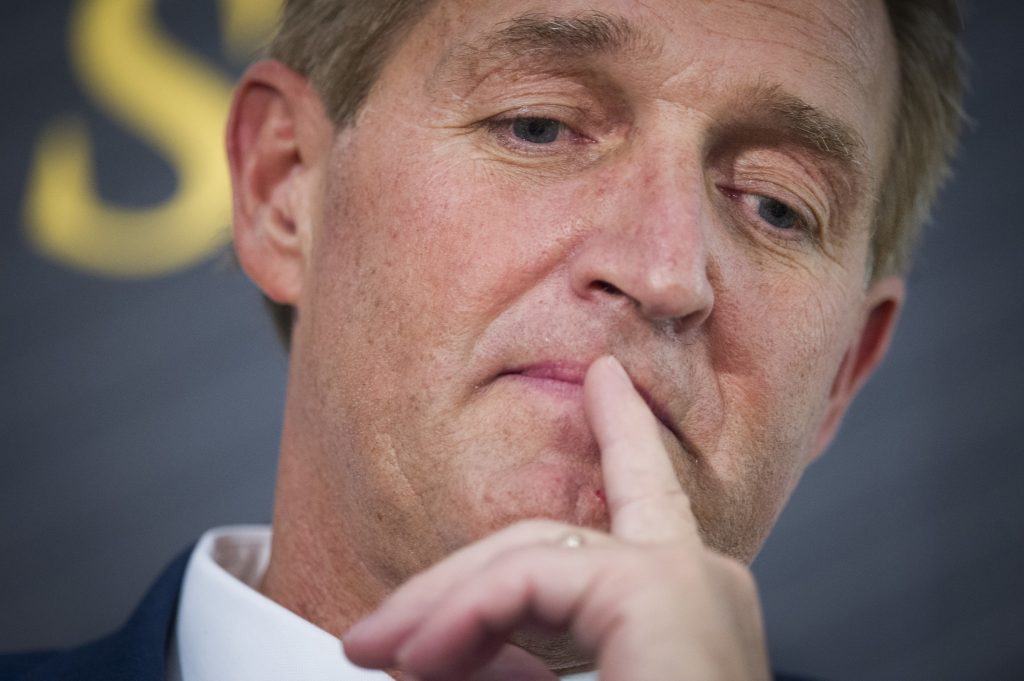 Flake, a Republican who left office at the end of 2018, played a key role during the hearings when he requested an FBI investigation. Kavanaugh denied the claims and was eventually confirmed to the lifetime appointment.

Authorities had previously declined to name person the threat was made against, but U.S. District Judge Susan Brnovich said at the sentencing of James Dean Blevins Jr. that Flake was the victim.

Blevins pleaded guilty to a federal retaliation charge and had been expected to receive probation. The judge forbade him from drinking alcohol while on probation and authorized anger management counseling his probation officer deemed appropriate.

“I am totally ashamed of this. I have embarrassed my family,” Blevins told the judge shortly before being sentenced.

Brnovich said Blevins crossed a line when he threatened Flake. “No public official should be faced with that simply because someone disagrees with them,” she said.

Blevins acknowledged that he left the threatening voicemail on Sept. 17, 2018, in a telephone call from Chicago to the senator’s office in Arizona.

“I am tired of him interrupting our president, and I am coming down there to take him and his family out,” the message said, according to court documents.

In a separate case, Ronald Derisi of Smithtown, New York, was sentenced to 18 months in prison for threatening to kill two U.S. senators who supported Kavanaugh’s confirmation. Officials had declined to name two the senators.

Sen. Chuck Grassley of Iowa identified himself as one of the victims. And the staff of Sen. Susan Collins of Maine also confirmed that she received threatening messages. Both are Republicans.