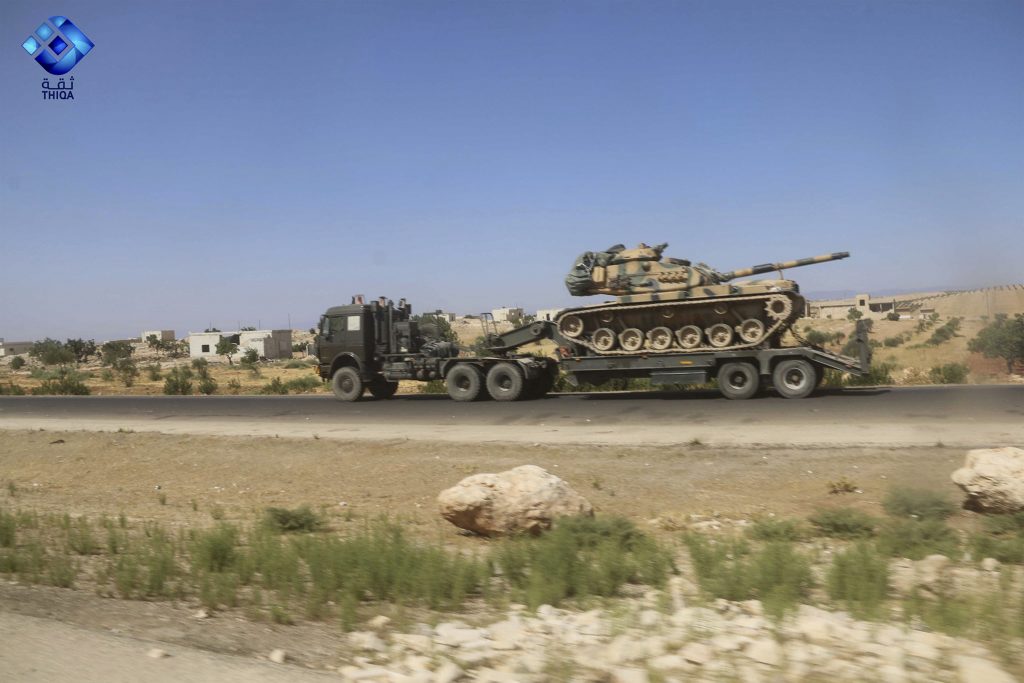 The main terrorist group in the Syrian province of Idlib pulled out of a key rebel town as government forces advanced in the area on Tuesday amid intense bombardment and airstrikes, opposition activists said.

Syria’s main al-Qaida-linked faction made what it referred to as “a redeployment,” meaning it withdrew to areas south of the town of Khan Sheikhoun. From there, they would continue to defend the territory, they claimed.

The withdrawal is a significant loss for the opposition in its last major stronghold of Idlib, in northwestern Syria. Syrian government forces have been on the offensive in Idlib and northern parts of Hama Province since April 30, forcing nearly half a million people to flee to safer areas further north. The fighting also killed more than 2,000 people, including hundreds of civilians.

Backed by Russian air power, Syrian President Bashar Assad’s forces were able to enter parts of the town overnight, according to opposition activists. Syrian troops are now clearing the area abandoned by the al-Qaida-linked group of explosives and booby-traps, activists said.

The Britain-based Syrian Observatory for Human Rights, an opposition war monitor, said the al-Qaida-linked Hayat Tahrir al-Sham and other terrorist groups withdrew from Khan Sheikhoun as well as all the towns and villages south of the town.

According to the Observatory, Khan Sheikhoun was home to about 1 million people, nearly 700,000 of them displaced by fighting in other parts of the country, before the government offensive began in April. In recent days hundreds of civilians remained in the town according to the group that tracks Syria’s war, now in its ninth year.

Khan Sheikhoun was a stronghold of the al-Qaida-linked faction, the most powerful group in rebel-held areas in Syria. The town was also the scene of a chemical attack on April 4, 2017 that killed 89 people.