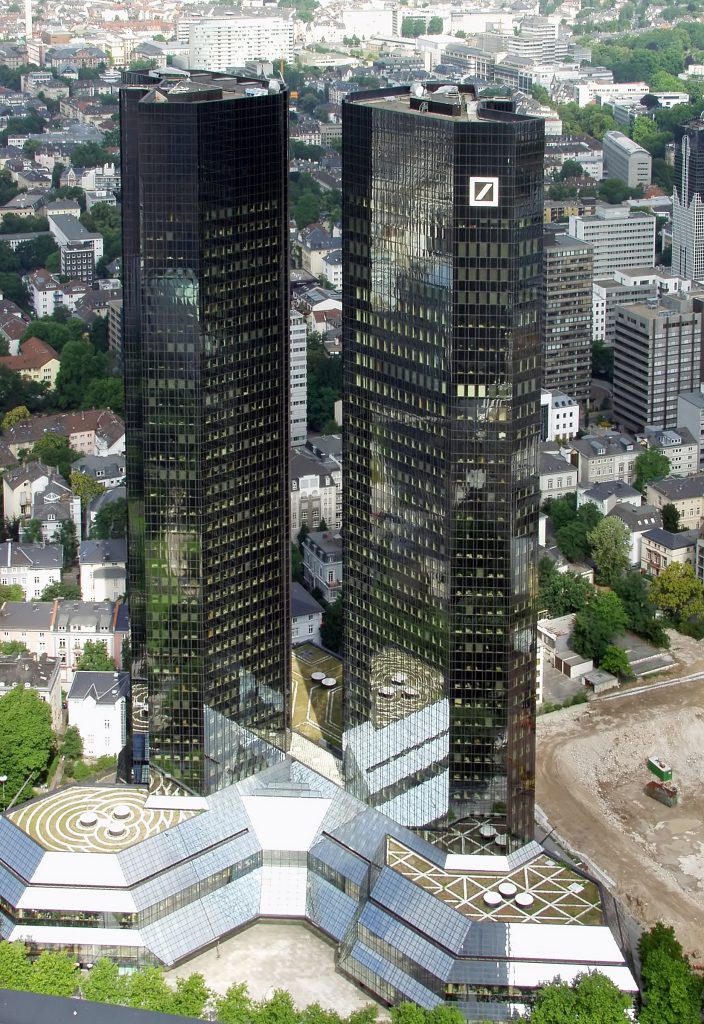 Germany, Europe’s industrial powerhouse and biggest economy, with companies like Volkswagen, Siemens and BASF, may be entering a recession, according to a gloomy report from the country’s central bank on Monday — a development that could have repercussions for the rest of the eurozone and the United States.

A technical recession is defined as two consecutive quarters of negative growth, and Germany saw a 0.1% drop in the April-to-June period. In its monthly report, the Bundesbank said that with falling industrial production and orders, it appears the slump is continuing during the July-to-September quarter.

“The overall economic performance could decline slightly once again,” it said. “Central to this is the ongoing downturn in industry.”

Deutsche Bank went further on Monday, saying “we see Germany in a technical recession” and predicting a 0.25% drop in economic output this quarter.

Germany’s economy is heavily dependent on exports, and the Bundesbank said the trade conflict between the U.S. and China and uncertainty about Britain’s move to leave the European Union have been taking their toll. Both the U.S. and China are among Germany’s top trade partners, with Britain not far behind.

In addition, Germany’s auto industry — with giants like Volkswagen, Daimler and BMW — faces challenges adjusting to tougher emissions standards in Europe and China and to technological change as demand grows for electric vehicles. Germany is also home to such major corporations as Bayer, Merck, Linde and the ThyssenKrupp Group.

The Bundesbank report is in line with a consensus among economists that “the risk of another quarter flirting with recession is high,” Carsten Brzeski, the chief economist for ING bank in Germany, told The Associated Press.

“The bigger picture is that the trade conflicts and uncertainty are finally starting to hurt one of the most open economies,” he said.

Though the labor market in Germany remains strong, with unemployment around historic lows, if economic concerns prompt consumers to stop buying — or at least to put off purchases — that could start to drag down growth in countries that count on Germany as a market for their own exports.

“If this stagnation/recession continues and leaves more lasting marks on the domestic economy, the rest of the world will also notice,” Brzeski said. “Just think of weaker German demand for foreign goods or a German slowdown dragging the rest of the eurozone down — it could be a bit of a boomerang effect for the U.S., showing that no one really wins trade wars.”

In the United States, a survey of business economists released Monday found that 74% appear sufficiently concerned about the risks of some of President Donald Trump’s economic policies that they expect a recession in the U.S. by the end of 2021.

Amid the trade conflict between Washington and Beijing, the increasing prospect of Britain leaving the EU without an exit agreement, and growing fears that countries may race to devalue their currencies, the monthly ZEW poll of German investors fell to its lowest level last week in over 7½ years.

“The ZEW indicator of economic sentiment points to a significant deterioration in the outlook for the German economy,” said Achim Wambach, president of the Mannheim-based institute.

Germany is still expected to post modest growth this year, with the Bundesbank predicting 0.6% and the government 0.5% growth, but its slowdown is already starting to have an effect on the wider 19-nation eurozone, which last week announced that growth had halved in the second quarter to just 0.2%.

In response to the sluggish economies, the European Central Bank has signaled it is preparing a package of additional monetary stimulus measures, including a possible rate cut and bond purchases, which could be announced at its Sept. 12 meeting.

Germany under Chancellor Angela Merkel has been running budget surpluses for years but has come under pressure from the International Monetary Fund, the U.S. Treasury Department and others to undertake measures to boost domestic demand, such as cutting taxes and spending more on infrastructure.

During the recession a decade ago, Merkel’s government was widely criticized for dragging its feet in passing a stimulus package, though it eventually introduced measures adding up to some 80 billion euros, the largest such package in the country’s postwar history.

Last week, Merkel, who is not running in the next elections, set for 2021, suggested she was open to the possibility of stimulus measures, saying that there was no need for a package “so far” but that “we will react according to the situation.”

She noted that her government is already working on plans to remove in most cases an income tax aimed at covering costs associated with rebuilding the former East Germany.