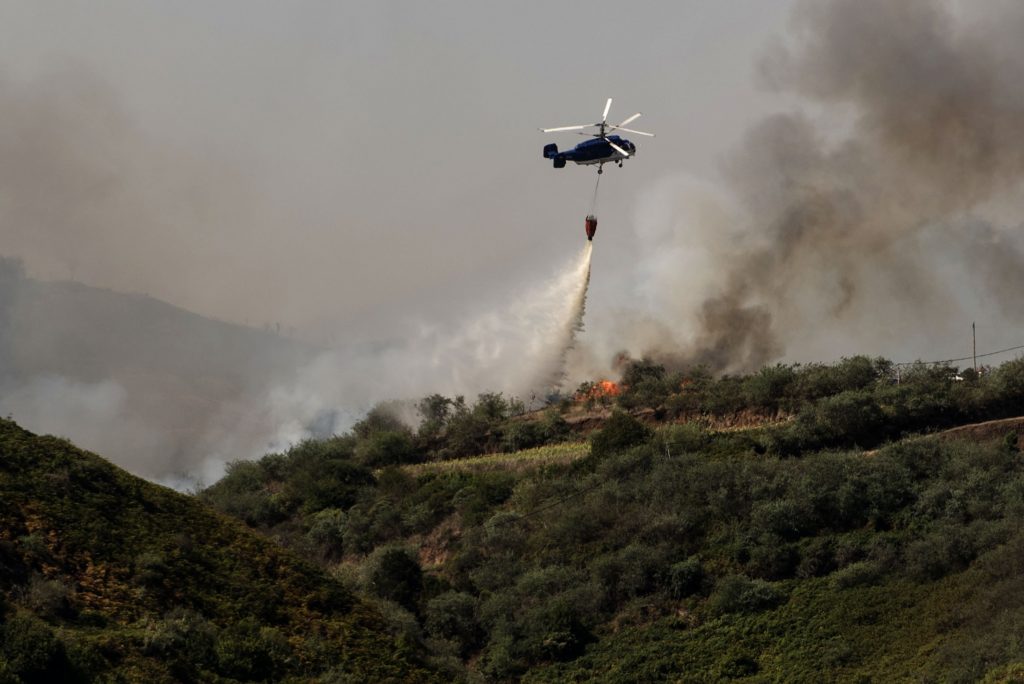 The blaze — described by the local fire department as “a monster” — was racing across parched woodlands into Tamadaba Natural Park, regarded as one of the jewels on Gran Canaria, a mountainous volcanic island in the Atlantic Ocean archipelago off northwest Africa.

Famous for its beaches and mountains, Gran Canaria and its capital, Las Palmas, are popular European vacation destinations but the blaze was in a rugged inland area known as the central highlands. Some tourists had to leave rural hotels as a precaution and were moved to other holiday accommodations, the island’s government said.

Tourists on the coast could see billowing clouds of gray smoke being blown out to sea. Las Palmas international airport was working normally, authorities said.

Canary Islands President Ángel Víctor Torres said 1,100 firefighters were being deployed in shifts along with 16 water-dropping aircraft to battle the blaze that started Saturday afternoon. The local government said around 14,800 acres had been charred in just 48 hours, villages were evacuated and two-dozen roads were closed.

The Spanish caretaker government’s farm minister, Luis Planas, told a news conference in Las Palmas that Madrid sent a “cutting-edge” drone to the island that can livestream images of the fire at night. One aircraft on Gran Canaria also coordinated aviation movements to prevent an accident in the busy skies, he said.

Planas said the official response to the fire on Gran Canaria was one of the greatest firefighting deployments recently in all of Spain.

Gran Canaria is the third-largest island in the Canary Islands archipelago, which is 93 miles west of Africa. About 31 miles in diameter, Gran Canaria has a population of 850,000.

Wildfires are common in southern Europe during the parched summer months but changing lifestyles and the emptying out of rural areas have made woodlands more vulnerable, experts say.

He said if the island’s entire annual budget was used for forest fire prevention, it would only be possible to clear brush from 30% of its woodlands and there would still be large amounts of inaccessible areas due to the island’s steep mountains and deep ravines.