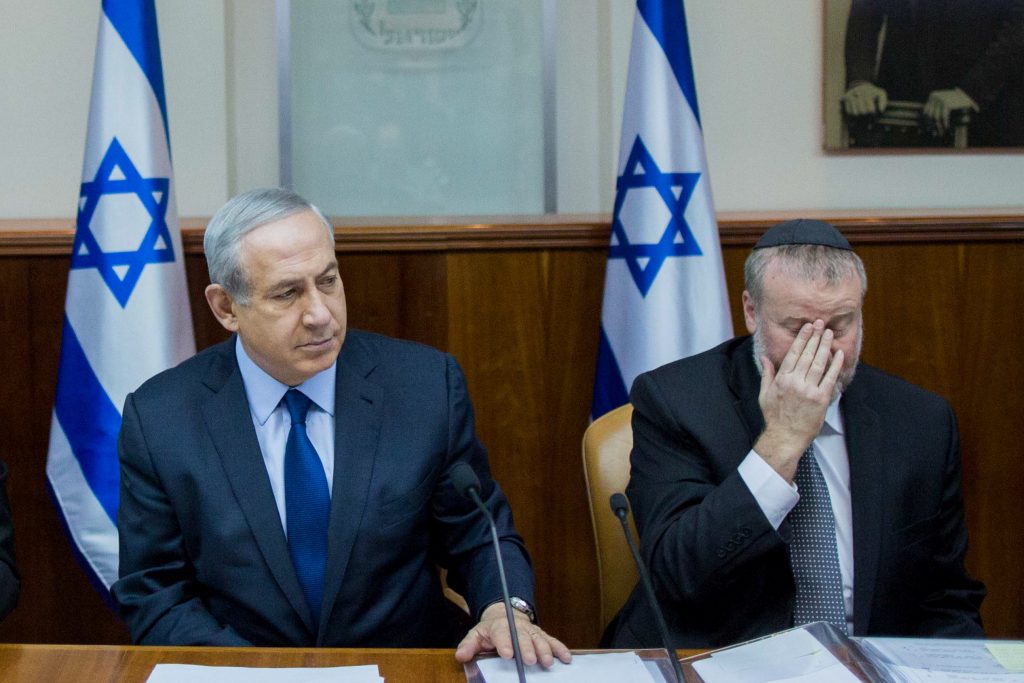 Yamina leader Ayelet Shaked has denied allegations that she offered to use her influence with Attorney General Avichai Mendelblit to procure leniency for Prime Minister Binyamin Netanyahu in the corruption cases against him.

The story, which appeared in Haaretz on Monday, cited interviews and documents which purportedly say that Shaked made the offer through intermediaries during talks with Likud officials regarding the possibility of her joining their party.

The contacts were not discontinued even after she agreed to head the New Right, later renamed Yamina, the report said.

Shaked said on Monday that if any such offer was made, it was not on her authority.

She denounced the story as “an ugly attempt to besmirch me. The statements quoted are indeed very grave, but they have nothing to do with me and were not uttered at my directive. I never spoke to the attorney general about criminal cases, especially not about the Netanyahu cases. I trust that the public is smart enough [not to believe this].”

Regarding Mendelblit, one go-between said: “She knows how to influence him. She’s close to him. If she doesn’t control the Justice Ministry, obviously Bibi will go to jail,” he said.

Another of Shaked’s representatives pledged her “utter loyalty. She will support the prime minister in everything,” including support for an immunity law that would shield him from prosecution.

Politicians on the left responded to the allegations on Monday. Democratic Union party member Yair Golan called on Mendelblit to launch an investigation against Shaked.

Labor Party Chairman Amir Peretz charged that the report reveals that “Ayelet Shaked and Binyamin Netanyahu are two disconnected politicians who only care about themselves, their seats…It’s time to replace Shaked and Netanyahu’s leadership with a leadership that cares for the people first.”

Likud tried to brush off the whole thing, saying that “Prime Minister Netanyahu doesn’t need any politician to claim that the absurd claims against him are completely unfounded and unprecedented.”