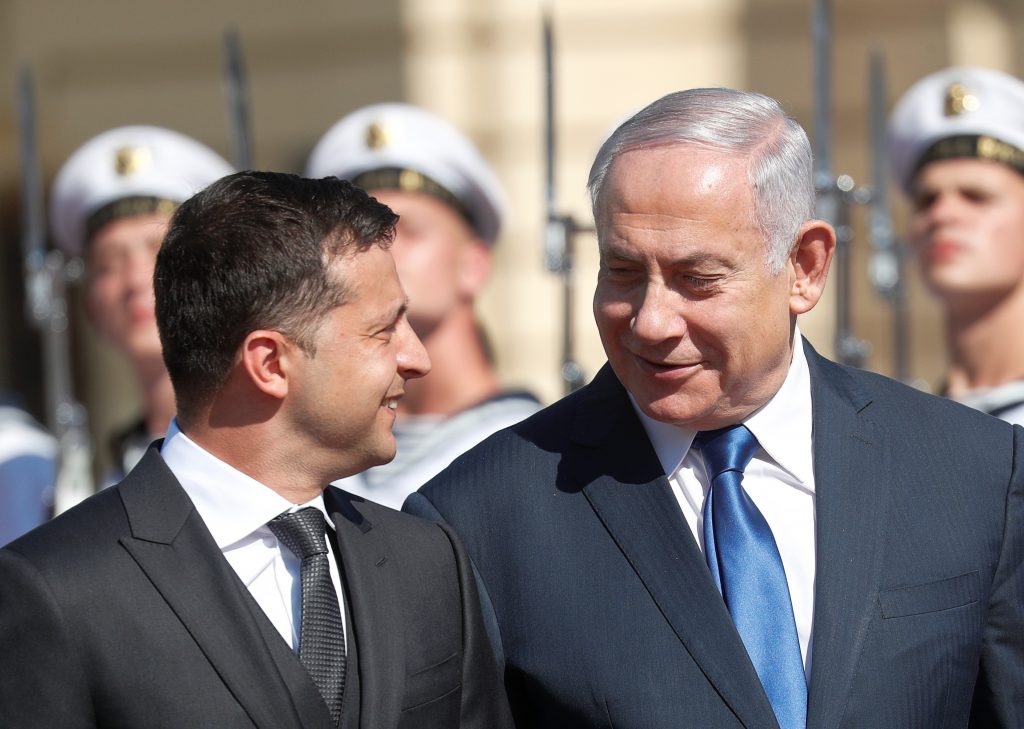 In the first incident, en route to Kiev, Mrs. Netanyahu was reportedly upset when the captain failed to mention her in his greetings to the Israeli entourage, and she went to complain at the cockpit, which remained locked.

That was followed a little while later during a welcoming ceremony at the airport when she was noticed discarding a small piece of bread that had been given to the Netanyahus during the ceremony.

The News One Ukrainian channel picked up on both:

“The Netanyahu visit is not passing without scandal. His wife Sara has managed to cause scandal at two separate opportunities. First, she was unsatisfied with the way the pilot welcomed the passengers [en route to Ukraine], and hurried to the cockpit to get this corrected. But she was not allowed in.

“When they landed at Kyiv airport, Sara Netanyahu ruined the Ukrainian [welcome] ceremony when she threw a slice of bread with salt to the floor,” News One said, according to a translation by Israel’s Channel 12.

The Israeli envoy Joel Lion sought to downplay the reports, telling the Kan public broadcaster, “President Zelensky’s chief of staff said this is not an important incident and is not worthy of media coverage.”

“There was a misunderstanding that was immediately rectified and the flight carried on as planned. The story about security guards restraining (the prime minister’s wife) is also a complete lie. Another attempt to divert attention from an important international visit,” it said.

The captain tried to smooth things over as well, saying he did greet the prime minister’s wife and once the plane was about to land, he wished all the passengers a successful trip, and singled out Sara by mentioning her twice, Ynet said.