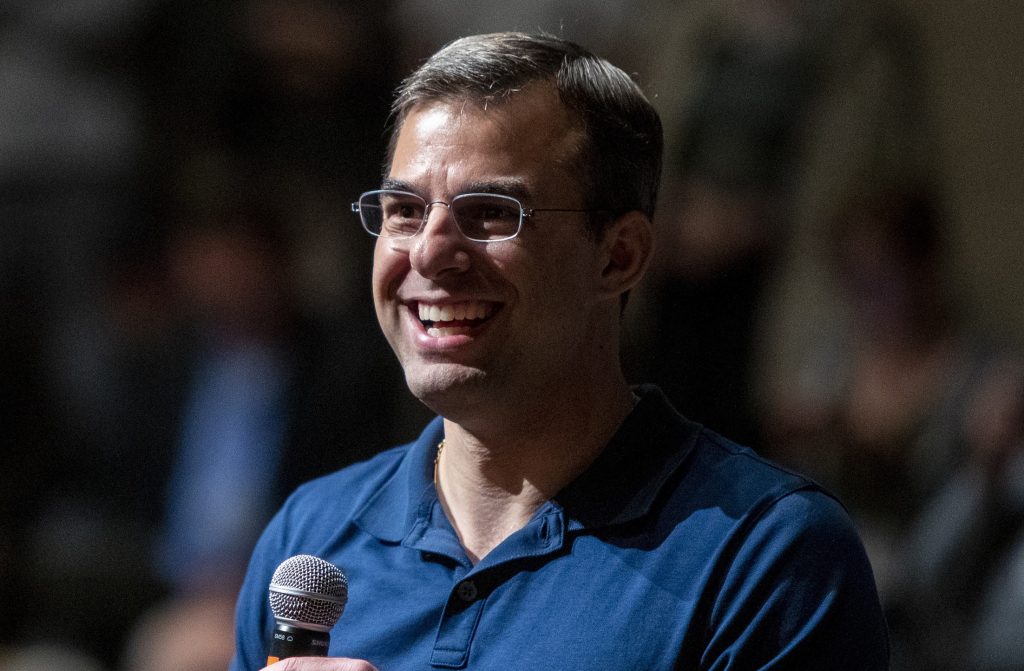 Eirran Betka-Pope was on her lunch break when she spotted hundreds of Donald Trump supporters protesting outside the office of Rep. Justin Amash, the first Republican on Capitol Hill to say Congress should begin impeachment proceedings against the president.

The protesters, who stood on the sidewalk with “Squash Amash” signs, saw his comments as the ultimate betrayal of a president they adore. But for Betka-Pope, a Trump critic, Amash’s actions were commendable — and worthy of a counterprotest. The 32-year-old from Grand Rapids, who works in theater and sketch comedy, put on a Trump mask she happened to have in her car and joined the crowd on the sidewalk.

Betka-Pope happily took the abuse for the congressman. But the one thing the Democrat says she won’t do to show her appreciation for Amash is vote for him.

“There are other candidates more aligned with my values,” she said.

Amash’s is another cautionary tale for GOP lawmakers who consider opposing Trump, whose job approval rating among Republicans has hovered around 90% for the past year, according to Gallup. Those who stand against him quickly find it is a lonely place to be and may spell the end of their political career. In the era of tribal politics, the worst thing to be may be a politician without a tribe.

The biggest winners to come out of Amash’s big stand may be Democrats. Amash ultimately left the GOP and is running for his seat as an independent. He is flirting with running for president as a Libertarian, a threat that could wound Trump one more time. More than 200,000 Michigan voters supported a third-party candidate in 2016, when Trump won the state by just over 10,000 votes.

If Amash goes that route, he could help a Democrat win, just as he could if he stays in the race for the Grand Rapids-area House race. His exodus from the GOP has set up a three-way race that could divide right-leaning voters and help the Democratic nominee win what was once a GOP stronghold. Democrats now see it as one of their best chances to pick up a House seat next year.

Amash laid out his position on impeachment in May with a series of tweets, saying special counsel Robert Mueller’s report on Trump’s conduct during and after the 2016 presidential election includes “multiple examples of conduct satisfying all the elements of obstruction of justice.” The politically powerful DeVos family said it would no longer give him money. GOP state Rep. Jim Lower announced his candidacy two days later and raised $50,000 in roughly 48 hours.

Amash announced he was leaving the Republican Party on July 4, writing in a Washington Post op-ed that “modern politics is trapped in a partisan death spiral.”

Since making his decision, the 39-year-old congressman has been difficult to pin down on his future. His office and campaign declined to make him available for an interview. Speaking to a reporter from Reason magazine at a Libertarian Party convention last month, Amash said he’s still weighing whether he should run for Congress or for the White House as a Libertarian.

Asked by the Detroit News if he could play a spoiler for Trump in Michigan next year, Amash dismissed the idea.