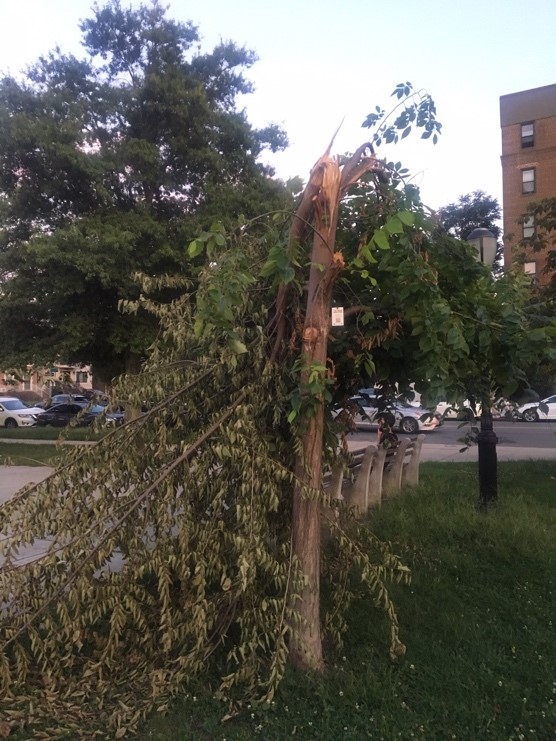 Someone or something is systematically damaging trees in Holocaust Memorial Park, says Assemblyman Steven Cymbrowitz, and he’s asking NYC Parks and the NYPD’s 61st Precinct to investigate.

The park is located at Emmons Avenue and Shore Boulevard in Sheepshead Bay.

A constituent, Tatyana E., came into the assemblyman’s Sheepshead Bay Road office last week with photos of the damage, which she alleged has taken place over the last month. So far one tree has had its limbs gradually torn off from the bottom up. It is now lifeless and ripped in half. Another tree is in the process of being similarly killed.

“Judging from the pictures, the damage wasn’t caused by nature or animals,” Assemblyman Cymbrowitz said. “Any act of suspected park vandalism needs to be taken seriously – and given the purpose of Holocaust Park, an investigation in this case is certainly warranted.

Assemblyman Cymbrowitz said the constituent reported the damage to 311, but was simply advised that if the trees die they will be replaced. Cymbrowitz then referred the matter to Brooklyn Parks Commissioner Marty Maher and the 61st Precinc, which have begun an investigation.