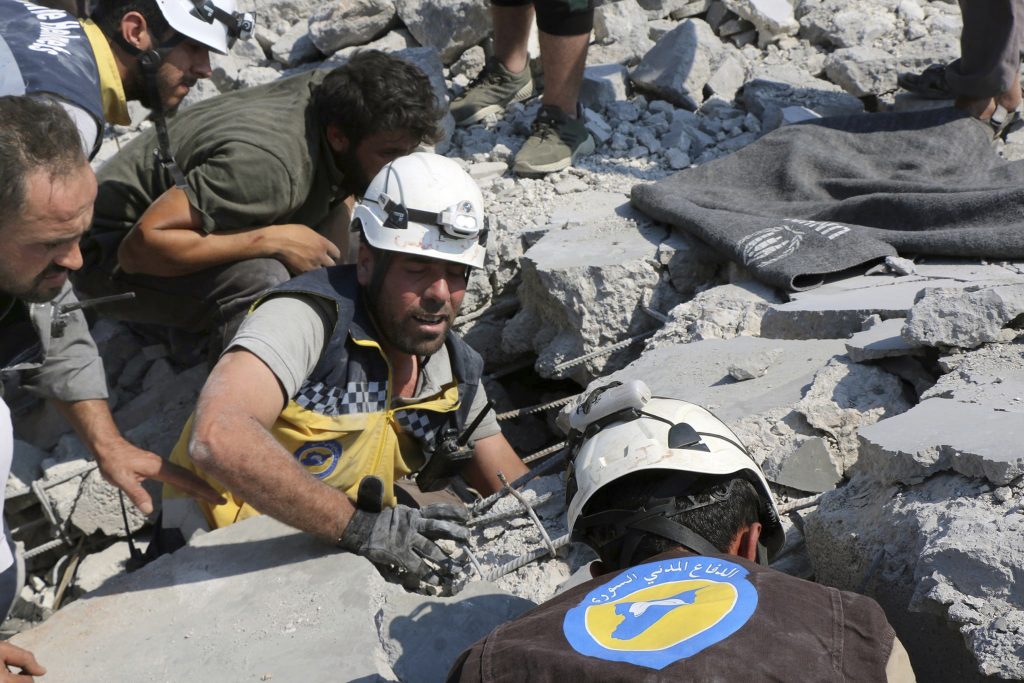 Syrian state media and an opposition war monitor said that government forces have gained more ground in the country’s northwest, almost reaching the western outskirts of a major rebel-held town.

The state SANA news agency says government troops made advances on Sunday around the rebel-held town of Khan Sheikhoun after intense fighting with insurgents.

The Britain-based Syrian Observatory for Human Rights, which tracks the war, said the troops are now about 1 kilometer, or half a mile, from Khan Sheikhoun in Idlib province, the last major rebel-held area in Syria.

The government offensive in the northwest began on April 30 and has displaced more than 450,000 people.

Syrian troops, backed by Russia, in recent days intensified their push, seizing a number of villages on the town’s southern edge.