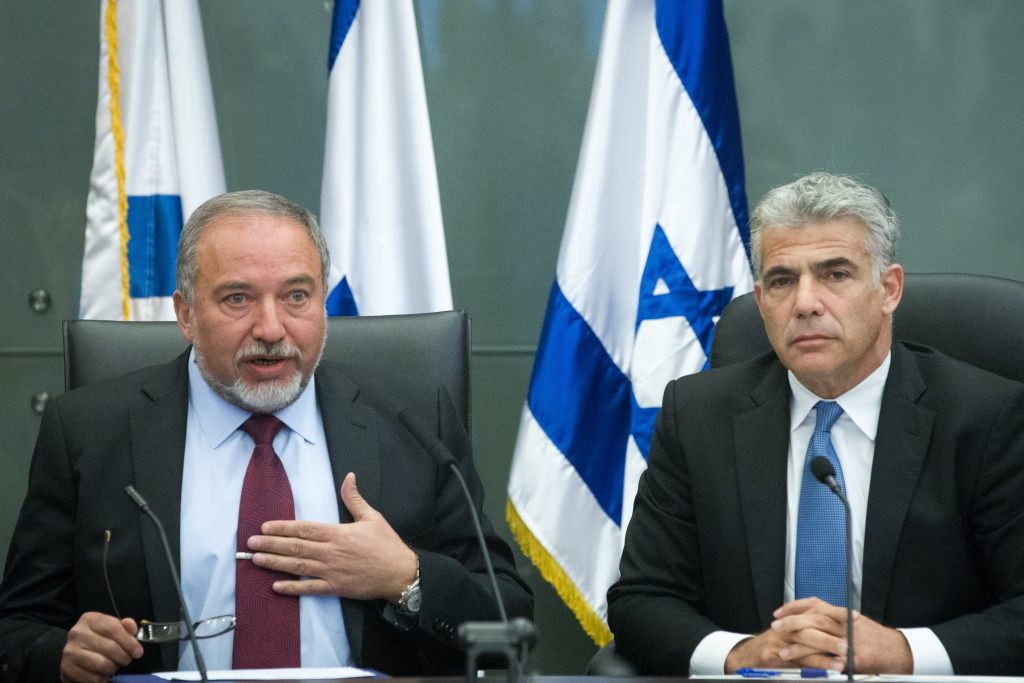 Yair Lapid reportedly vetoed a plan for his Yesh Atid faction to split off from Blue and White and join up with Avigdor Liberman’s Yisrael Beytenu, according to the Times of Israel on Sunday.

Senior Yesh Atid members based their strategy on a private poll showing that a combined ticket with Yisrael Beytenu would win 26-27 seats in the Knesset, making it the new No. 1 party in the country.

Liberman, sources close to Lapid said, was informed of the plan and did not reject it out of hand. Technically, it was still a possiblity, as it was being formulated before the August 1 deadline for filing party lists with the Central Elections Committee.

However, according to the report, Lapid rejected it.

“I signed an agreement with [Blue and White leaders] Benny Gantz and [Moshe] Bogie Yaalon and I can’t violate it. This will also look really bad in the eyes of the public,” the sources quoted Lapid saying.