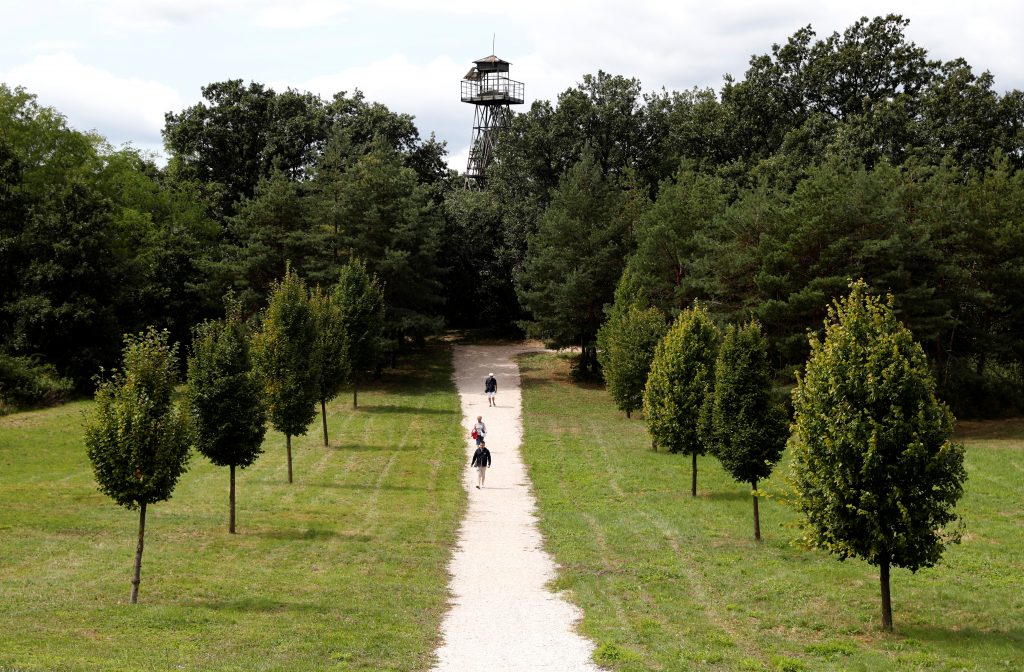 Thirty years ago on Monday, Hungarian border guards for the first time allowed people from communist East Germany to cross freely into Austria, and hundreds of them rejoiced. The Iron Curtain was passing into history.

This was a milestone in a year of momentous change in Europe, leading in a few short months to the fall of the Berlin Wall in November, 1989.

But Hungary, the first country to dismantle the east-west frontier, was also the first to fortify its southern border against a big new influx of Asian and African immigrants.

This was the physical manifestation of Hungarian Prime Minister Viktor Orban’s vision of a “fortress Europe”.

The immigration issue threw a wrench into the usually close ties between Hungary and Germany, since Orban clashed with the views of Chancellor Angela Merkel, who initially threw the gates open to migrants.

Orban and Merkel will mark the fall of the Iron Curtain together in Sopron on Monday.

In Europe, opinions are divided on these new barriers. For some of those whose lives were changed forever by their chance to flee to the West, they are a calamity. They remember fondly the so-called Pan-European Picnic, where hundreds of East Germans broke through to Austria as border guards stood aside.

“That was our second birthday,” said Hermann Pfitzenreiter, who took his wife and small children across the border that day and came back to the border town Sopron to mark the anniversary and meet old Hungarian friends.

“Erecting these walls and fences, it’s catastrophic,” added his wife Margarete. “As Germans, we belonged in Germany, but we had experienced the same unlivable life (as today’s immigrants). I’d love to drop Viktor Orban on the other side so he feels what that is like.”

“High as these walls may be, they will never deter people,” Hermann Pfitzenreiter said. “What you see in the pictures (of us crossing) can’t be put into words. We could not believe it was happening, it was total ecstasy, it had been unthinkable.”

The Pfitzenreiters, interviewed by Reuters in Sopron, now live in Germany, near Mannheim.

THIS FENCE IS NOT THAT FENCE

Hungarians who helped bring down the Iron Curtain resent any parallels with Hungary’s current southern border fortifications or its practice of keeping immigration next to zero, saying such practice is necessary to preserve the Europe that the events of 1989 created.

Arpad Bella, who headed up the border station unit posted at the Sopron crossing in August, 1989, said he had his hands full with the Pan-European Picnic, a political jamboree packed with hundreds of “Ossies”, or east Germans.

“I could confront them and risk violence, or let them through and face the consequences,” he said at the memorial park now on that spot. He chose the latter. “Every border guard was sick of the task… We just wanted them gone.”

“Everyone waited until in September the borders were opened officially and everyone was free to march West.

“We did that for the sake of European unity. And what we do now serves to preserve that unity. If some countries dislike that or it hurts some interests, let them worry about it. I fully support Viktor Orban in this policy.”

Laszlo Magas, who organized the Pan-European picnic in 1989, said it was “shocking and wonderful to see those people with their kids on their shoulders, approaching the border all scared, then erupt in happiness when they stepped over to Austria.”

Magas said that had nothing to do with today’s situation.

“It was anachronistic to have two Germanys. We were helping a nation. This here is completely different. Let’s not mix that up with the fence that the masses of migrants forced us to build.”