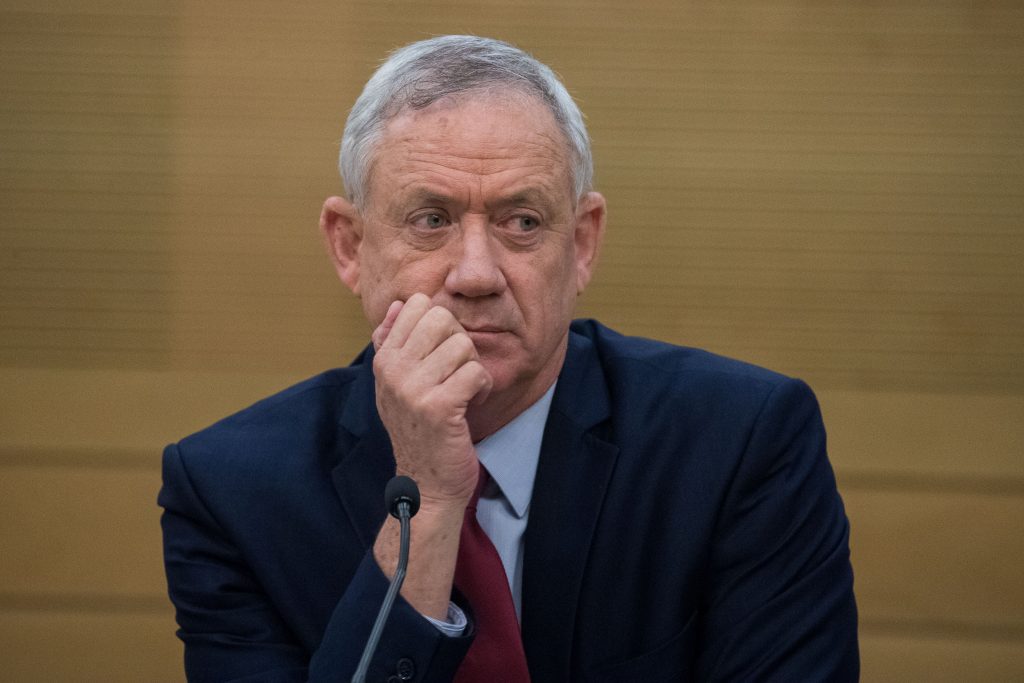 A secret investigation conducted by the Blue and White Party has unveiled the source of leaks that have plagued the party in the current and previous election campaigns: All signs point to a member of Yesh Atid as the source, Yediot Acharonot reported Sunday.

If they had not caused electoral damage, they certainly have tainted the reputation of Benny Gantz, the party leader. Among the leaks that were reported in the media were claims that Prime Minister Binyamin Netanyahu “would physically harm me or even kill me if he could get away with it,” that he did not rule out a coalition with Netanyahu, and that he would do “anything possible” to get chareidi parties to join a coalition led by him.

To get to the bottom of the leaks, Gantz hired an agency called the CGI Group, headed by former Yesh Atid MK and Shin Bet head Yaakov Peri. The agency was instructed to “suspect everyone,” the report said, and instituted numerous technological innovations to catch the leaker. It also developed several “false flag” detection plans which were shared with suspects, to ensure that they did not realize that they were suspects.

The plan, according to the report, has narrowed down the suspect to a Yesh Atid activist who was privy to meetings and events that eventually got leaked. When asked by Yediot Acharonot, Yesh Atid had no comment. Blue and White said in a statement that “the party is determined to change the government and is aware that there are political forces seeking to prevent this. At times we bring in outside consultants to help with our campaign.”