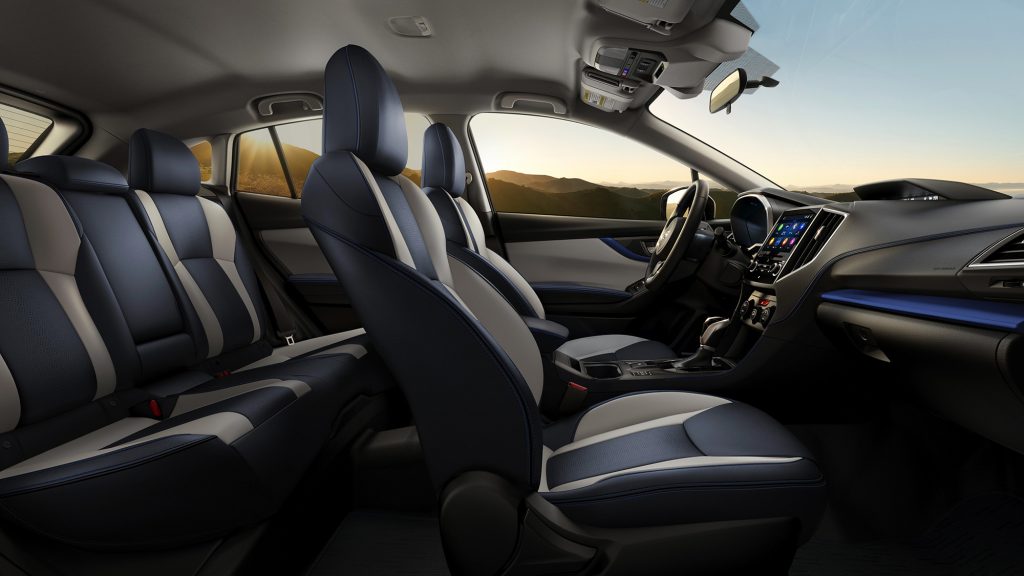 2019 Subaru Crosstrek Hybrid: So you want a little all-wheel drive …

Price: $38,470 as tested. One option package explained below.

Conventional wisdom: Edmunds.com likes the “spacious interior for a hatchback of its size; optional safety features not typically found in the class; high ground clearance for enhanced off-road capability; comfortable ride quality” but not that the “handling isn’t as precise as that of some rival cars.”

Reality: Not bad on all counts.

What’s new? The whole hybrid system. The company that brought us standard all-wheel drive across its lineup is finally venturing into plug-in hybrid power. The plug-in Crosstrek adds 17 miles of electric range before the gasoline engine will kick in.

The Crosstrek has two electric motors, one to start the engine and function as a generator for the hybrid battery, the second to power the vehicle for hybrid and electric driving modes and charge the hybrid battery during regenerative braking.

Seventeen miles might not seem like a long range, but it adds the kind of efficiency a straight, non-plug-in hybrid might add, and also improves acceleration. But owners can make even more of that if they happen to live close to work, the store, the schools — wherever they need to travel.

Fuel economy: I averaged about 37 mpg in a highway-heavy, hard-driving weeklong test. I travel between 25 to 40 miles, depending on where I’m working on a given day and don’t have a place to plug in at work, so owners with a better setup could get far higher efficiency.

But the number is awesome for an all-wheel-drive vehicle, even a small one.

Up to speed, but shiftless: Whether or not it’s a rocket — it’s not — the Crosstrek Hybrid is notable for providing about the smoothest power delivery I’ve found from a Subaru. Their CVTs often feel a touch surge-y, but this model’s hybrid drivetrain was just smooth. It doesn’t feel fast, but the 148 horses take only 8.3 seconds to reach 60 mph, according to Motor Trend. Full throttle sounds like a strain, though.

Back down again: Most hybrids enjoy excellent braking — thanks to regenerative motors that help build up the battery power — but the Crosstrek Hybrid seemed to frighteningly skip a beat before the brakes first engaged.

Driver’s Seat: Subaru media info makes note of its hybrid’s “exclusive new high-contrast Gray and Navy-Blue leather seats.” On the plus side, the heated, leather-covered seat was delightfully comfortable, despite lacking a lumbar adjustment. On the down side, it’s slippery and slidy, and handling tests led to my seat sliding left and right.

Hidden from view: I’ve noted a few quirks of ergonomics in previous Subarus, but I’ve never boiled it all down into one pronouncement. Now I can: Subaru controls are poorly laid out.

The EyeSight control for lane-keeping? It’s up near the sunroof controls. The control for the display over the infotainment system? It’s on the left side of the steering wheel. And that display features 10 different screens, which drivers are permitted to toggle through one by one. No skipping, no backing up.

The Crosstrek also features a host of buttons on the dashboard to the left of the steering wheel, never a great location for easy discovery. The best safety device is a well-designed operating system.

On the road: Steering is as loose as the latest generation of the Crosstrek has become. Not terrible, just disappointing, when one tries a 2017 or thereabouts.

Play some tunes: The Harman Kardon premium stereo (part of the $2,500 option package, which also added sunroof, heated seats, and navigation) offers pretty good sound, probably about a B+. Controls feature knobs for volume and tuning, and buttons for changing source. The touchscreen controls the other functions and goes several levels deep.

I experienced one episode where CarPlay lost all functionality for a morning. I turned off the phone, plugged and re-plugged the USB, and turned the car off for a solid 20 seconds, but no dice. After a two-hour shutdown, everything was back to normal.

Friends and stuff: The Crosstrek rear seat is quite tight. Foot room is good, thanks to the raised front seat, but legroom is fair, and headroom is really tight.

The Crosstrek offers 15.9 cubic feet behind the rear seats and 43.1 with the seats folded, so it’s pretty small.

Night shift: The headlights shine in just the right spot, but interior lights are too bright and diffuse to work well while in motion.

How it’s built: The Crosstrek gets a predicted reliability of 5 out of 5 for the 2019 model year. But the hybrid is all new, so I would be a little wary.

In the end: As an efficiency nut who’s decided it’s time for all-wheel drive, Subaru may have just built the perfect car. Except for the acceleration. And the fun factor. And the price.