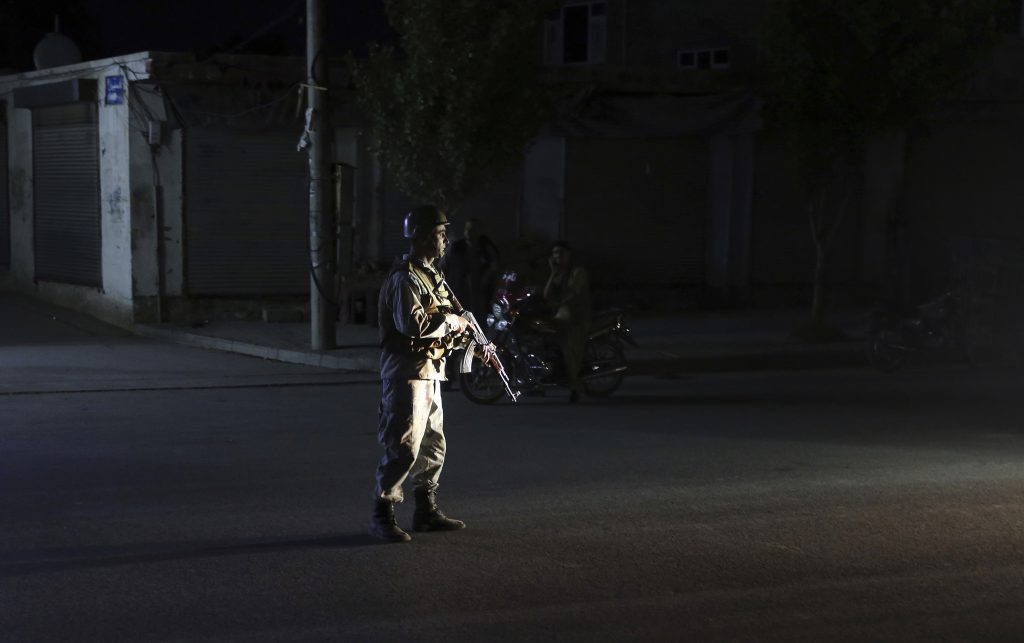 A suicide-bomb blast ripped through a wedding party on a busy Saturday night in Afghanistan’s capital and dozens of people were killed or wounded, a government official said. More than 1,000 people had been invited, one witness said.

Interior Ministry spokesman Nusrat Rahimi told The Associated Press the attacker set off explosives among the wedding participants. Both the Taliban and a local affiliate of the Islamic State terror group carry out bloody attacks in the capital.

“Around 1,200 guests were invited to the wedding,” said Ahmad Omid, a survivor who said the gathering was for his father’s cousin. “I was with the groom in the other room when we heard the blast and then I couldn’t find anyone. Everyone was lying all around the hall.”

Outside a local hospital, families wailed. “There are so many dead and wounded victims,” Omid said.

The blast at the Dubai City wedding hall in western Kabul, a part of the city that many in the minority Shiite Hazara community call home, shattered a period of relative calm.

On Aug. 7, a Taliban car bomb aimed at Afghan security forces detonated on the same road in a busy west Kabul neighborhood, killing 14 people and wounding 145 — most of them women, children and other civilians.

Saturday night’s explosion came a few days after the end of a Muslim religious holiday, and just before Afghanistan marks its 100th independence day on Monday.