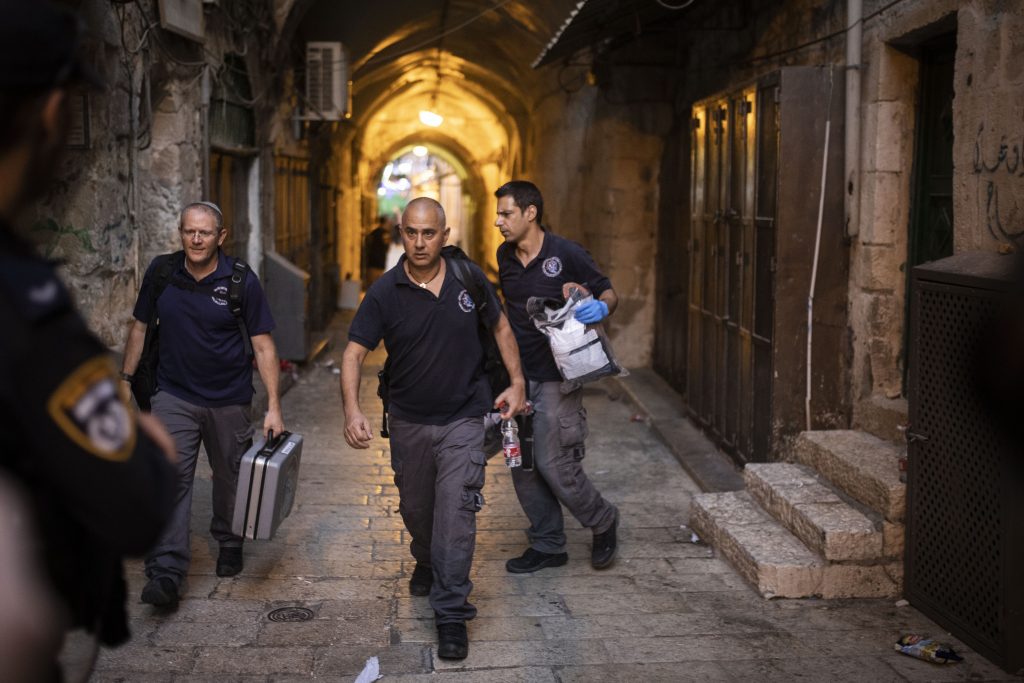 The Shaare Zedek hospital Friday morning reported that the condition of the police offer moderately wounded in a stabbing attack Thursday in Yerushalayim has improved, baruch Hashem.

The officer, who has not yet been named, was moderately wounded in the Old City of Yerushalayim when two terrorists attacked him near Shaar Shalshelet.

One of the terrorists was eliminated, while the other sustained injuries.

The soldier is in good condition and will remain hospitalized for further examination and treatment, Shaare Zedek’s spokesman said.