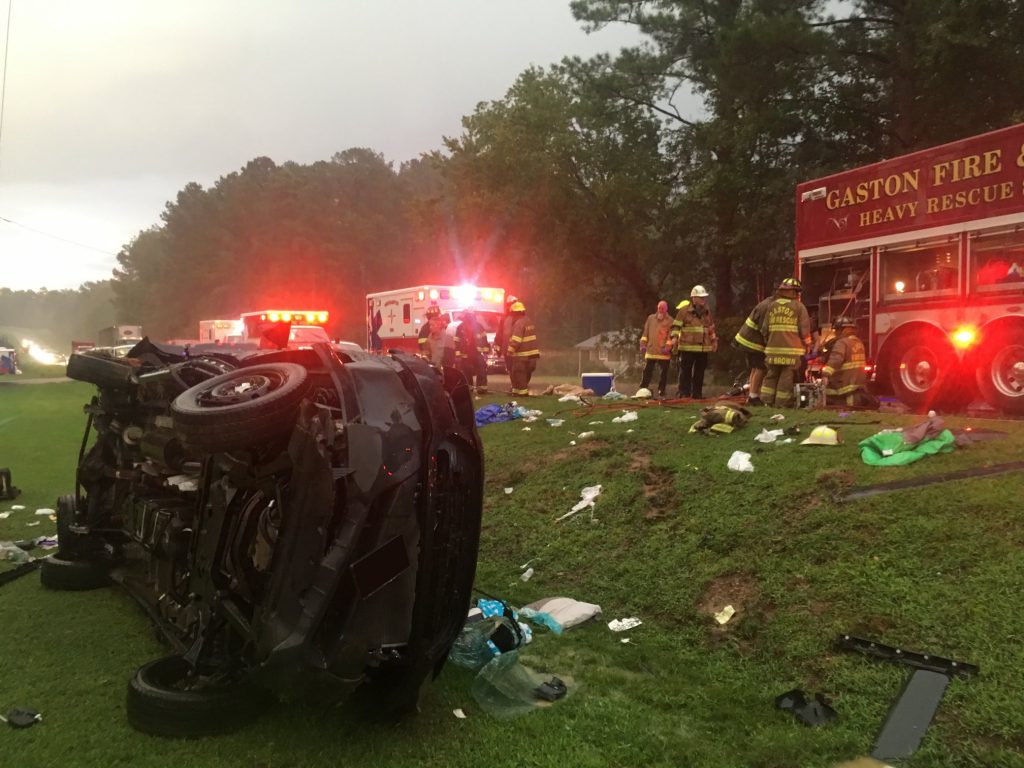 A large van carrying a group of bachurim flipped over on a road in North Carolina on Thursday evening, injuring 17, including several seriously or critically.

At 6:43 p.m. Thursday evening, emergency responders were called to the scene of the one-vehicle accident in Henrico, North Carolina, on River Road near Post Office Road, a mile south of the Virginia border, according to social-media posts by Gaston-Fire-Rescue-EMS and Roanoke Wildwood Volunteer Fire Department.

One victim was trapped inside the van; firefighters had to remove two benches with hydraulic rescue cutters and reciprocating saws.

It is unclear what caused the accident, but photos of the scene show a heavy rainfall.

The bachurim, who attend a summer camp in Virginia, live in cities across the United States.

Of the 17 victims, 11 were considered “non-urgent,” five were “urgent,” and one “critical,” according to Gaston-Fire-Rescue-EMS.

“Bless the hands of those medical professionals at the hospitals that these victims were transported to,” wrote the Roanoke Wildwood Fire Department.

Readers are asked to daven for the refuah sheleimah of Eliyahu Avraham ben Keren, who is in critical condition, as well as Yisrael Meir ben Yitta Nechama and Yitzchok ben Chana Reizel, who suffered serious injuries, besoch she’ar cholei Yisrael.