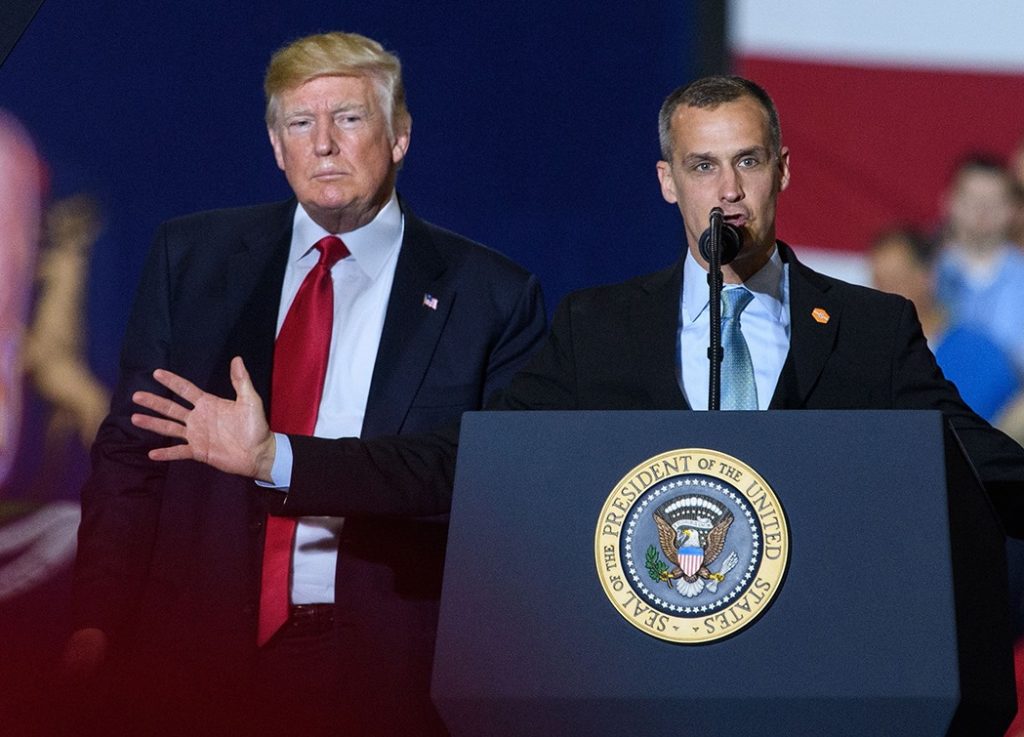 President Donald Trump on Thursday threw his support behind his former campaign manager, Corey Lewandowski, who is considering a run for Senate in his home state of New Hampshire.

Trump praised Lewandowski as “a very outstanding guy” in an interview on the “New Hampshire Today” radio show before an evening rally in the state. Trump said he thought Lewandowski would be hard to beat if he decides to challenge Democratic Sen. Jeanne Shaheen.

“Well, first of all, I have to tell you that I think he would be fantastic. He’s got great energy. He’s terrific on tv … He’s a really good guy,” Trump said in the interview. While he said he didn’t think Lewandowski had made up his mind yet, Trump said that, “If he ran, he would be a great senator” and “hard to beat.”

The comments came hours before the House Judiciary Committee announced it was subpoenaing Lewandowski and an ex-White House aide as part of its investigation into Trump’s conduct in office. Lewandowski responded in a tweet saying it was “sad and pathetic” that the committee’s Democratic chairman, Rep. Jerry Nadler, “is harassing private citizens.”

Chris Ager, chairman of the Hillsborough County Republican Committee, said he would remain neutral in the Senate primary, but loves Lewandowski and the two candidates who have already announced.

“He’s a local guy, I’d say ‘one of us,'” Ager said of Lewandowski. “So, I think if he decided to run he’d be a legitimate, formidable candidate.”

Lewandowski has long been a lightning rod for criticism, but also unshakably loyal to Trump. He served as the president’s first campaign manager, leading the small, ramshackle team that helped Trump defy critics and win the Republican nomination with the motto, “Let Trump be Trump.” And he remained closed with the president — to the dismay of many — even after he was fired from the job after clashing with now-jailed strategist Paul Manafort and the president’s children. There was also an incident in which he was charged with misdemeanor battery for grabbing a reporter’s arm at an event. The charge was later dropped.

Since Trump’s election, he has been a frequent visitor to the White House, sometimes fueling speculation of potential job offers, and is often spotted at Trump’s campaign events, sometimes flying aboard Air Force Once.

Now, Trump seems to be paying him back.

Asked about a possible Lewandowski run during an appearance on Fox News on Thursday, Republican National Committee Chairwoman Ronna McDaniel said she thought he could “absolutely” win. But Republican hopes of winning Shaheen’s seat took a blow back in May when the state’s leading Republican, Gov. Chris Sununu, opted to run for re-election to the governor’s office instead of challenging Shaheen.

In 2014, Shaheen fended off a close challenge from Republican Scott Brown, who had earlier served as a senator from neighboring Massachusetts and won by roughly 3 points.

Asked by a reporter earlier this month if Lewandowski is qualified to serve in the U.S. Senate, Shaheen said she was “going to stay focused on what we need to do in New Hampshire.”

Both Trump and then-New Hampshire U.S. Sen. Kelly Ayotte narrowly lost the state in 2016. Republicans in New Hampshire have largely embraced Trump since.