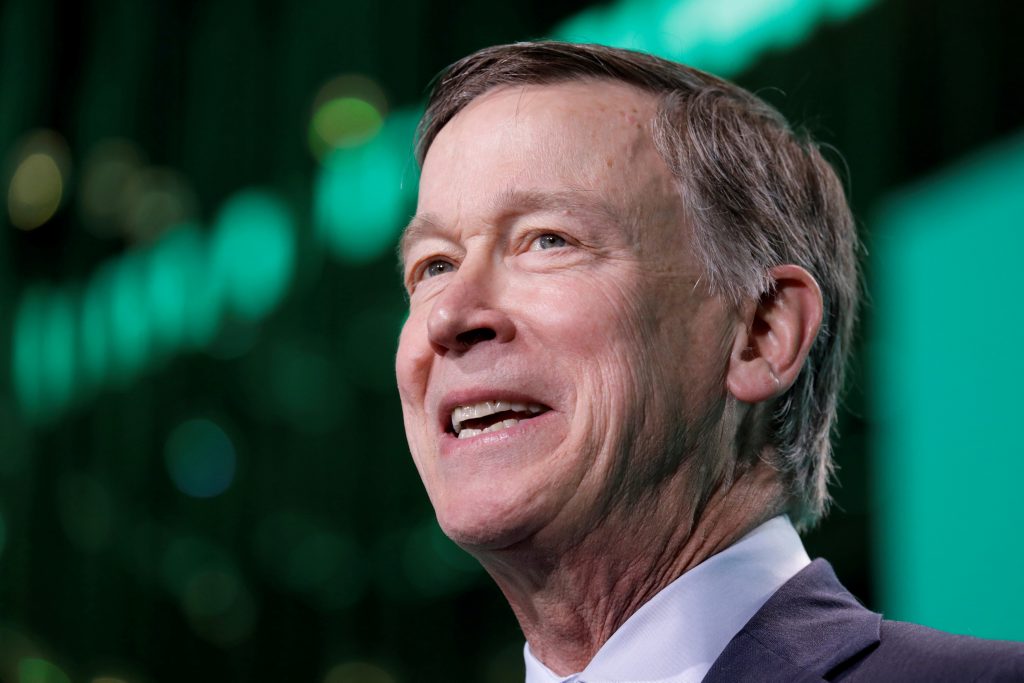 John Hickenlooper will drop out of the Democratic presidential primary on Thursday, according to a Democrat close to him.

The two-term former Colorado governor, who ran as a moderate warning of the perils of extreme partisanship, struggled with fundraising and low polling numbers. His planned departure from the 2020 race was confirmed Wednesday night by a Democrat who wasn’t authorized to speak publicly before the announcement and spoke to The Associated Press on condition of anonymity.

Hickenlooper, 67, is not expected to announce a decision Thursday on whether he will run for Senate in Colorado, though he has been discussing the possibility with advisers. Republican Sen. Cory Gardner, up for reelection in 2020, is considered one of the most vulnerable senators in the country because of Colorado’s shift to the left.

Hickenlooper became a political giant in Colorado for his quirky, consensus-driven and unscripted approach to politics. He once jumped out of a plane to sell a ballot measure to increase state spending and won two statewide elections in a purple state during Republican wave years. He was previously the mayor of Denver.

He launched his longshot White House bid in March, promising to unite the country. Instead, he quickly became a political punch line.

Positioning himself as a common-sense candidate who couldn’t be labeled a socialist by Republicans, Hickenlooper couldn’t make his voice heard in the crowded Democratic presidential field, which includes nearly two dozen candidates. It didn’t help that, by Hickenlooper’s own admission, he’s a mediocre debater and erratic public speaker.

Hickenlooper softened his denials of interest in the Senate in recent weeks as his campaign finances dwindled and pressure increased from other Democrats. He started telling people he’d make a decision by the end of this week.

It’s unclear whether Hickenlooper plans to run against Gardner, whom national Democrats have urged him to take on since last year. He’s repeatedly said he’s not interested in the Senate and prefers an executive position.

But if Hickenlooper did run against Gardner, he’d first have to get through another crowded Democratic primary field. Numerous Colorado Democrats have launched primary bids for Gardner’s seat, and many have indicated they’d stay in the race, even if Hickenlooper enters the contest.