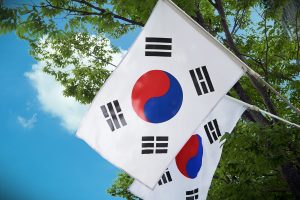 Israel has apparently agreed to exclude goods from Jewish communities in Yehudah and Shomron and on the Golan Heights from a multibillion-dollar free-trade agreement the country is expected to sign with South Korea next week, according to a report in Yediot Acharonot.

The deal, which is expected to be announced during South Korean Trade Minister Yoo Myung-hee’s visit to Israel next week, will include a provision specifically excluding products made in Yehudah and Shomron and on the Golan Heights.

Under the agreement, goods originating from Israel would be exempt from customs fees.

Israeli officials reportedly view the deal with Seoul is strategically important as the first such agreement with a major Asian power.

Bilateral trade with South Korea is currently estimated to total $1.5 billion annually, and is expected to rise significantly under the new free-trade agreement.